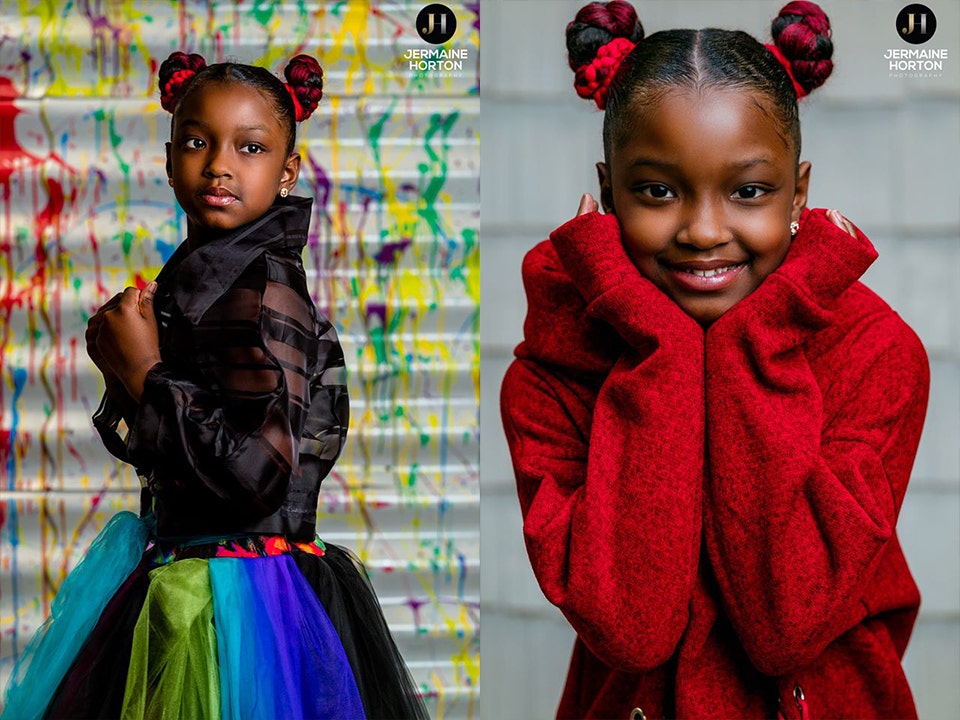 A young boy in Michigan was more than ready for his close-up after she couldn't take school pictures because of her red, braided hair extensions, which violated the dress code policy.

Marian Scott, 8, was all smiles during a new, personal photo shoot with Jermaine Horton Photography, rocking some pretty clothes and the scarlet streaks of her sweethearts.

Back in October, the third classmate was not allowed to pose for Image Day at Paragon Charter Academy in Jackson because of hair extensions, WLIX reported. The incident left the girl heartbroken, while her parents claimed they had no idea that the colorful braids were not allowed, according to Today.

"Marian had to stand in the corridor while everyone was taking pictures," the girl's father, Doug Scott, told us today at that time. "They said she couldn't represent the school."

"My daughter is always happy, so to see her cry, it breaks my heart," he added.

Back in October, the third grading was not allowed to pose for Image Day at the Paragon Charter Academy in Jackson because of the hair extensions.
(Jermaine Horton Photography)

Although the Paragon Charter Academy handbook states that students' hair color "must be of natural tones", there was no clear directive as to what would happen if a student arrived at the image with light tresses, per WLIX.

Marian was sent back to class without her photo taken and her parents eventually pulled her out of school in relation to the incident.

News of the situation quickly spread in the community, and "dozens" of photographers contacted the family and offered a special photo shoot for Marian to increase her confidence after the outrageous ordeal.

Earlier this month, photographer Jermain Horton walked all the way from Chicago for an upset portrait collection in hopes of turning lemons into lemonade and bringing a smile back to the girl's face. Joy Entertainment and Event Management and Rich Girl Candy CEO Mieka Joi also got involved in the big photo op, donating a wardrobe for the third class to wear for the photos.

Marian was sent back to class without her photo taken and her parents finally pulled her out of school in relation to the incident.
(Jermaine Horton Photography)

"It was fun, you had to pose and change clothes and be yourself," Marian told WLIX on a special occasion .

Meanwhile, Horton said that getting involved was simply the right thing to do.

"It was fun, you had to pose and change clothes and have to be yourself," Marian said of the special photo shoot.
(Jermaine Horton Photography)

"When I heard about this story I was furious as a parent because the first thing I thought about was the impact of what it would do for such a beautiful little girl," he wrote on Facebook .

"I am so blessed to have been a part of this to give her an amazing day that showed her that she is truly beautiful and that her hair color was BOMB! Of course we kept it for the photography! "Horton said of the student's hairstyle that was now a signature.

In response, the Scott family is incredibly grateful for the exclusion of support that Marian's story has met, reports WLIX. In the future, Doug hopes to stay involved in fair school policy discussions in

"It will only get better and hopefully we will be able to handle these situations in schools better in the future," said the parent about the crusade. for greater inclusion.

Brittany Banks reveals how she really feels about living in Jordan