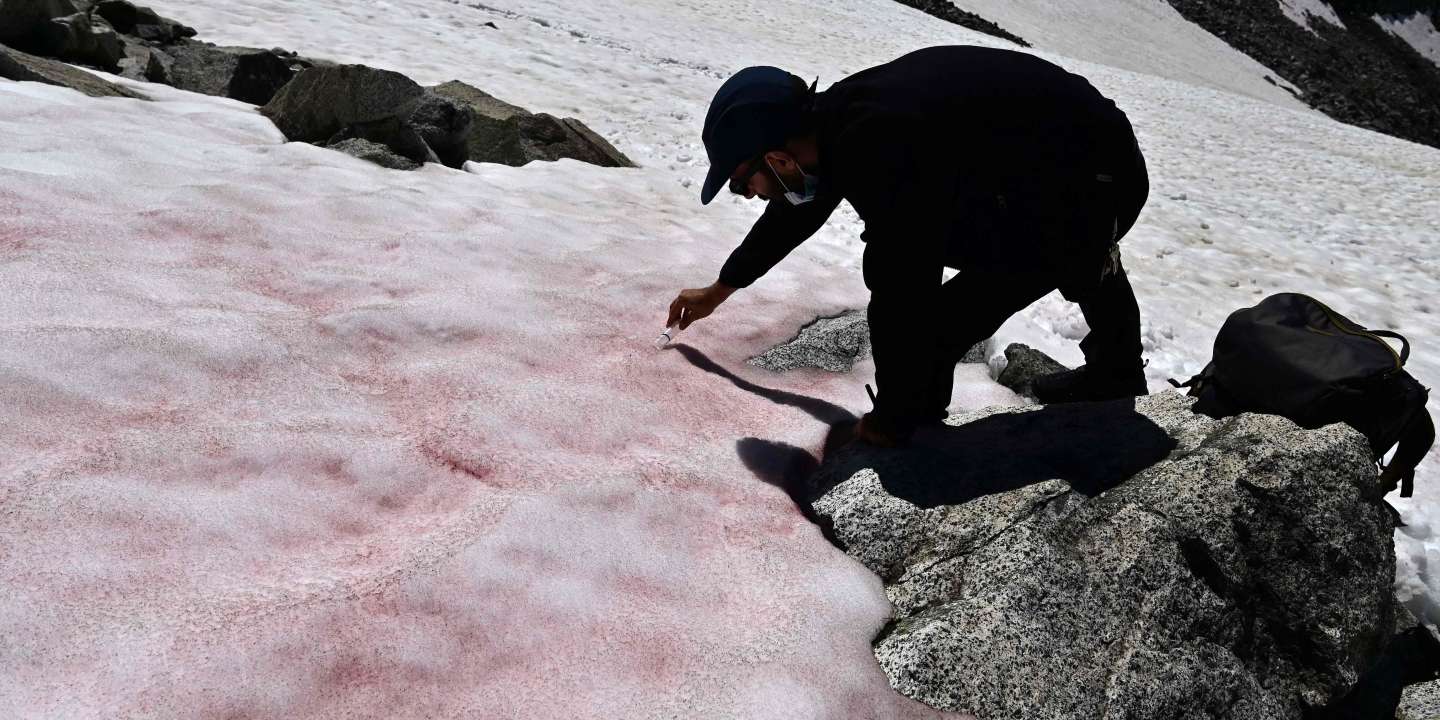 1; a color probably caused by algae believed to accelerate the effects of climate change.

The origin of the algae is controversial, but the pink color of the snow, observed on parts of the Presena glacier, is probably caused by the same plant that was discovered in Greenland, according to a member of the National Research Center Biagio Di Mauro.

“The algae is not dangerous, it is a natural phenomenon that occurs in the spring and summer at mid-lengths but also at the poles”, explained the researcher, who is studying the phenomenon.

Seaweed, of the species Ancylonema nordenskioeldii, is also found in Greenland, in an area where the ice melts.

Normally, the ice reflects more than 80% of the sun’s radiation in the atmosphere, but the algae hide the snow, which absorbs more heat and melts faster.

More and more algae appear when the snow melts quickly, giving a red hue to the white ice of Col du Gavia, at 2,618 meters above sea level.

“We are trying to quantify the effects of phenomena other than those caused by man on the global warming.”, Mr. continued. Mauro and noted that hikers and ski lifts can also have effects on algae.

Also read In Italy, a glacier is covered with giant white sheets to slow down the melting

The world with AFP