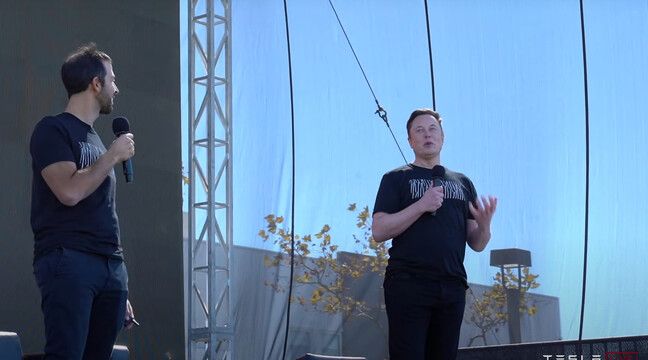 It may not be the revolution some people are hoping for, but it can help democratize electric vehicles. Tesla announced on Tuesday a series of technical improvements that would make it possible to halve its production costs and offer an electric vehicle for $ 25,000 within three years. “How many years can we accelerate the introduction of sustainable energy? This is the real measure of success, ”insisted Elon Musk, insisting that we must act in the face of climate change.

With this in mind, the contractor said he was “confident”

; in the group’s ability to quickly offer an electric car for $ 25,000, a reduction of at least $ 10,000 compared to the base model 3 it currently offers on sale. To achieve this, you need to reduce battery costs.

Home batteries in the medium term

To do this, Tesla in a rather technical presentation exposed several advances in different stages of battery design: on cell design, production line, use of silicone, manufacture of the cathode and metals used and on the integration into the car itself.

All this should ultimately make it possible to reduce the production cost for a kilowatt hour by 56%.

Elon Musk “did not revolutionize the nature of the battery or how it works,” says Karl Brauer, an analyst for the specialized website iSeeCars. “But a more efficient way to produce the battery and to generate and save energy inside the battery. “

Improvements but no drastic changes

The group presented “a number of small advances in the design of the battery or car around the battery, so that it can significantly reduce its costs, increase production speed and the distance it can cover,” he told AFP.

The two most interesting things for him are the increased use of silicone, an easily accessible material and the use of the battery as a structural part of the car.

Elon Musk has always had in mind to convince drivers to adopt electric vehicles en masse. “We do not have really cheap cars yet, but we will,” he said on Tuesday. It remains to be seen if the $ 25,000 amount is enough to convince as many people as they want.

Tesla is keen to play the leading role in batteries, the key element for the future of electric vehicles, in order to increase its lead over other car manufacturers, who still derive most of their revenue from vehicles with thermal engines (diesel or petrol).

Musk, however, calmed the enthusiasm of the most enthusiastic Monday night by emphasizing that the innovations presented would not reach “real mass production before 2022”. A medium-term horizon for disappointed investors: on the New York Stock Exchange, the action fell 7% in electronic exchanges after the event.

Tesla promises to halve the cost of its electric batteries

Startup Mirakl is raising record funds and will expand in Bordeaux

Wall Street ends up reinforced by Amazon, despite health fears