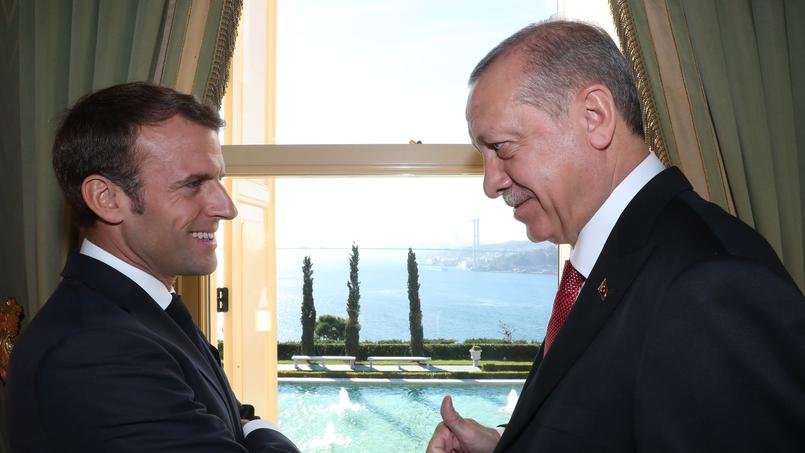 A Turkish delegation visits France on May 20 and 21. Turkish school programs, which, among other things, teach "good jihad", have already triggered many reactions in France

President Erdogan does not hide, he has views on the French school. In an article published Friday, May 3, Le Point revealed that the Head of State plans to open Turkish schools in France. In April, the heads of the French high school in Turkey received several "moderately polite" visits from Ankara officials, informing the week.

These power representatives would "challenge the legal basis of the school of Turkish children in these schools," Le Point says. French high school in Turkey not only welcomes children of foreign parents, but also those who are leaders of the AKP, the Erdogan party, defined as "Islam-nationalist" and conservative.

A delegation Turkish in France at the end of May

to observe international high schools. The purpose would then be to demand the creation of Turkish high schools in France. "French people are under pressure in Istanbul and Ankara by Erdogan's power, trying to establish Turkish schools in France, and Quai d & # 39; Orsay does not move", worrying about a relative in the case of Le Punkt

Opening such facilities is unlikely to be the sole responsibility of the Turkish President but also of the Ministry of National Education and the Ministry of Foreign Affairs. Contacted by Le Figaro, they have not yet provided the details that are expected on the subject.

It is possible, not Jean Michel Blanquer hesitates to bear his struggle for secularism of education in a banner, although it attracts the anger of religious institutions such as Muslim Échirolles he intends to close for his "Salafist inspiration". The opening of these Turkish institutions in France may well denote this policy, at least if the content of the lessons is modeled on what is in Turkey. Erdogan's Islamization of programs in his country has already raised concerns in the French media in recent years.

In February 2012, Turkey declared the president that he wanted "to form a divine generation". A statement followed by the creation of three elective courses of religion at the university (Muhammad's life, reading the Qur'an, basic religious knowledge) in the summer of 2012. These focused on the vision of a Sunni Islam becoming mandatory in many institutions for lack of other alternatives. Subsequently, the Turkish power gradually replaced the overwhelming of "classical" folk high schools with "early imam" colleges intended for the training of imams and preachers. Students who have failed entrance exams at the folk high schools are now automatically registered in these religious institutions (even if they do not become imam at the end). Turkey had 1,408 secondary schools of this type in 2017, with 517,000 students.

With a new program released in July 2017, the concept of "jihad" introduced in most institutions. "Jihad is in our religion and it is the task of the Ministry of Education to ensure that this concept is taught fairly and appropriately," says Turkish Minister of Education, Ismet Yilmaz. 19659003] He said it was not a holy war but a "good jihad" that raised "the love of the fathers". This program also marked the disappearance of Charles Darwin's evolutionary theory and exceeded "level of student understanding". Much of the program devoted to Ataturk, founder of the Republic of Turkey, is being replaced by the failed coup attempt on July 15, 2016.

Warning message : We remind you that your comments are subject to our statute and that it is not allowed to make violent, fraudulent or discriminatory statements. Any comments that violate this Statute will be removed and their authors may have their accounts closed. Thanks in advance for your understanding.