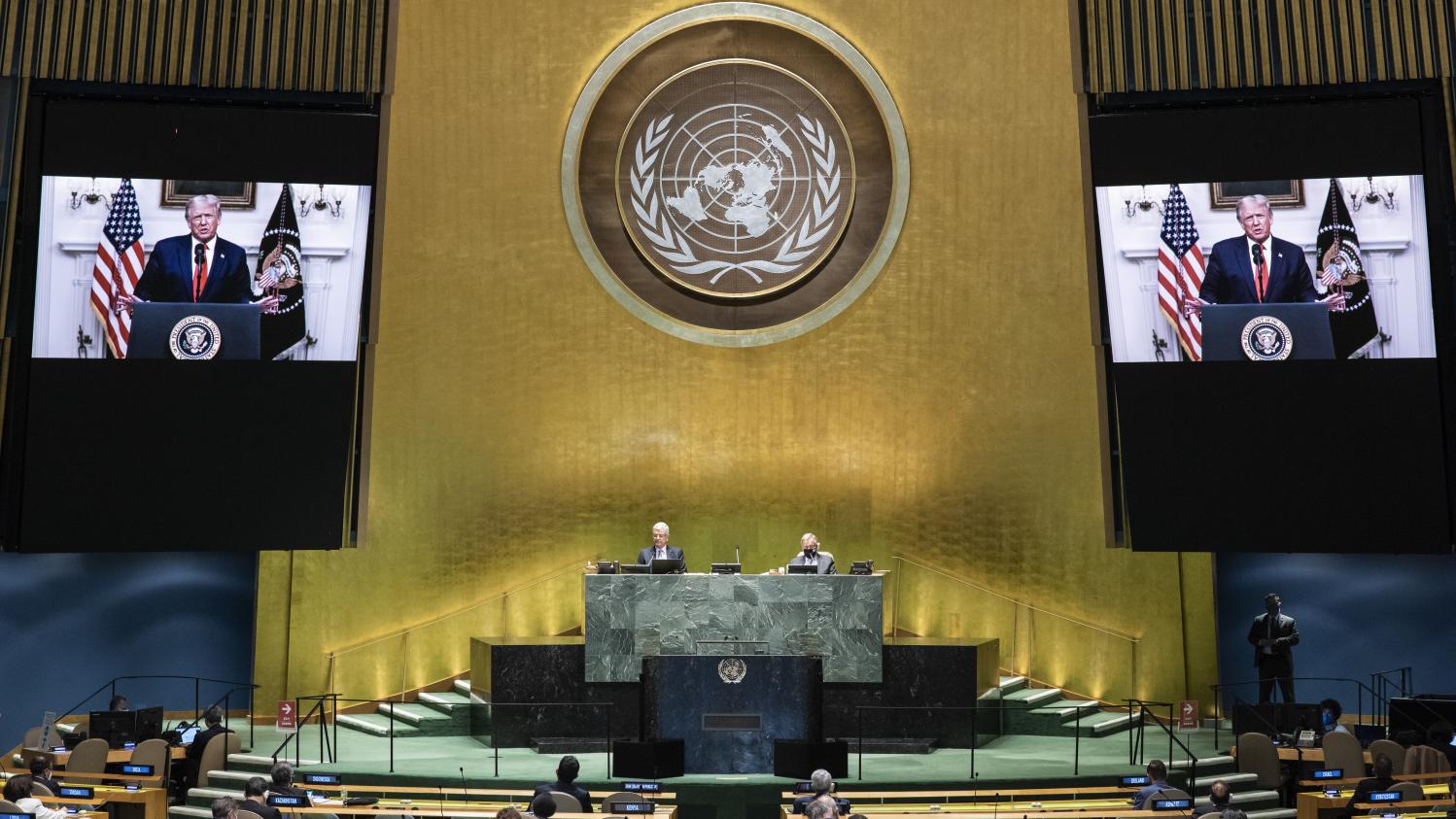 At the UN General Assembly, the world’s two leading economies showed their divisions in the climate and the coronavirus, in an atmosphere of the “new Cold War”.

China accused the United States of being one “serious obstacle” in the fight against global warming, following a distant confrontation by their leaders at the UN General Assembly in a climate of “new Cold War”. Donald Trump’s USA and Xi Jinping’s China on Tuesday revealed their differences on many topics: international cooperation, dealing with the new coronavirus epidemic and global warming.

“UN must hold China accountable for its actions”

; at the beginning of the pandemic, the US president launched at the opening of this annual diplomatic mass, virtually due to the health crisis. He accused the other world power of leaving “Chinese virus”, a formula that arouses the resurrection in Beijing, “infect the world”.

“The Chinese government and the World Health Organization, which is virtually controlled by China, have wrongly said that there is no evidence of human transmission.”, Donald Trump lamented in a recorded video, thus justifying the United States’ withdrawal from this UN agency.

In a pre-recorded speech, Chinese President Xi Jinping emphasized that “China did not intend to go into a cold war”. Without quoting Washington, he warned against “the trap for a conflict between civilizations”, does not call “politicize” the fight against coronavirus.

His UN Ambassador Zhang Jun then took charge “to refuse” dry “unfounded accusations” of Donald Trump. “When the international community fights hard against Covid-19, the United States spreads a political virus here in the General Assembly”, he explained.

“If anyone is to be held accountable, it is the United States for losing so many lives with its irresponsible attitude.”, he added, while the sickness rate reached 200,000 dead in this country on Tuesday.

The remote confrontation continued on climate terrain. Xi Jinping wanted to play the good students by setting for the first time a goal of carbon neutrality – 2060 – for his country, the first emission of greenhouse gases on the planet. Known for his climate skepticism, Donald Trump criticized “those who attack the United States’ exceptional environmental record while turning a blind eye to China’s endemic pollution”.

Beijing’s difficult answer: The United States is one “serious obstacle” In the fight against global warming, Wang Wenbin, a spokesman for the Chinese Foreign Ministry, blew up. By withdrawing from international agreements aimed at reducing carbon dioxide emissions, the United States has failed “their duty” and “refuses to take minimum measures to protect the planet”, he lamented.

the number of deaths reaches 200,000 in the United States

At the UN, the United States and China collide in a climate of “new Cold War”