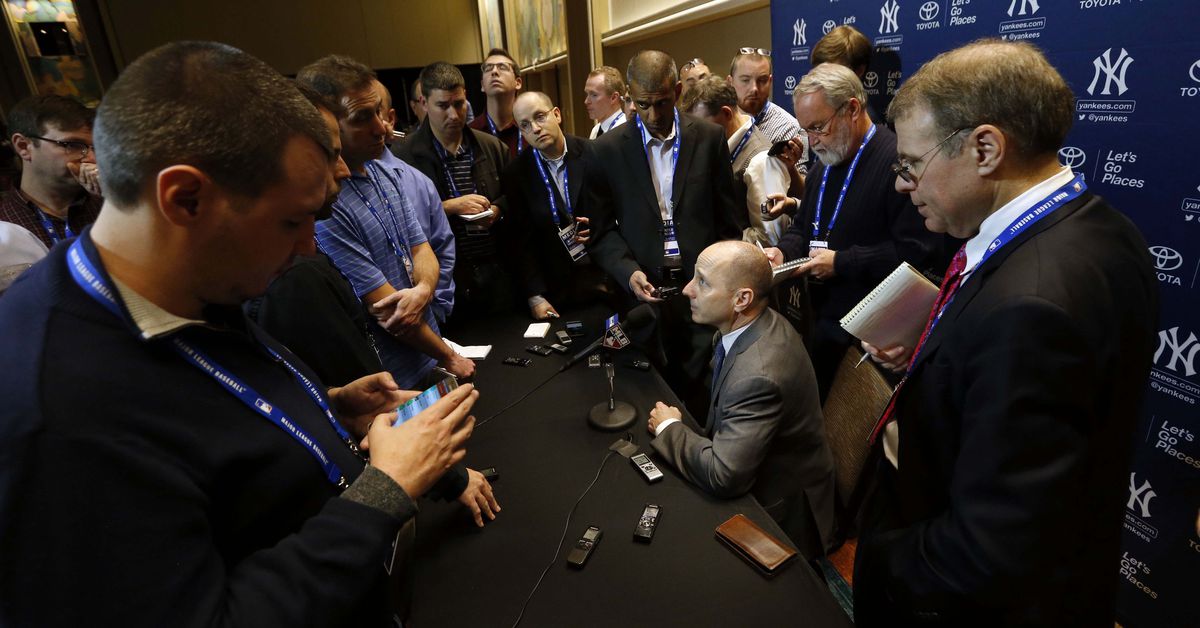 Winter Meetings 2018 is about us. Teams will start arriving in Las Vegas today, with the first full activity day scheduled for tomorrow. Expect a move to develop this week, as this collection marks the busiest opportunity of the offseason. Yankees figure to be in the mix of all major developments. Here are four questions to clean up the next few days.

first Is Yankees on Manny Machado or Bryce Harper ?

Last time Winter Meetings took place in Las Vegas, Yankees went away with CC Sabathia. After choosing not to write Patrick Corbin, the team obviously knows the need to make a similar splash. Andy Martino explains how the Bombers experience a certain pressure, which can lead to a strong pursuit of either Manny Machado or Bryce Harper.

Papers for both elite flags need no longer be repeated. They stand to be two of the most sought after free agents in baseball history. Either would make the Yankees a significantly better team and turn an already strong line into one that rivals Murderers' Row.

Brian Cashman and Company will meet with the representatives of Harper and Machado in the week. There are no guarantees that the team will roll in one of the bugs, but this can quickly get things together. At least there should be some clarity about where the Yankees stand on the two free agents.

2nd How will the team finish the rotation?

At the start of the off season, Cashman declared that he would add two "preferably elite" starters in the Yankees rotation. They took care of one with James Paxton, but fell on Corbin. Has J.A. Hope to fit into the power category? He's good, but I do not think he's elite.

Jump, however, can not be the team's only alternative. The Cleveland Indians seem ready to move one of their front lines. Can Yankees make a pressure to land a doubtful ace like Corey Kluber? Cashman already sat with Cleveland's brass at GM meetings last month . It is not deepened to believe that they will reconnect in the coming days.

Let's hope that the Yankees strive high, and if they have to settle, they go away with Happ. Otherwise, we're looking at a Lance Lynn reunion, and it's a sequel that nobody needs to see.

In the case of starter vessels, Bombers not only sees to add. They want to subtract a bit from their rotation as well. Cashman made it crystal clear after the season that he was going to trade Sonny Gray. "I intend to maximize their abilities," noted the Yankees GM "it would probably be the best anywhere else."

The quote came October 13th. During the weeks that followed, he repeated what disappears again and again. Recently it was revealed that 11 teams have an interest in the challenged right hand man. But, with this writing, Gray is still on the Yankees.

Will Cashman pull the trigger at the winter meeting? It would not be the first time he made such a move. Just last year, he dumped Chase Headley's salary at Padres. Gray is worth keeping an eye on the coming days.

4th How about the bullpen?

The Yankees love a super bullpen. It has been their calling card for several years. At any time, the team likes to have at least three viable, big-league closers on the staff. It is a strategy that shortens the game, which proves particularly valuable during the afterseason.

The bullpen market, however, has been particularly quiet. One would think that two important relievers hit free agency – David Robertson and Zach Birtton – would spur Bombers to action. Instead, there have been only a few drops and turns Robertson represents Andrew Miller's medicals and Joakim Soria of all people .

Relief Corps seem to be something that Yankees will deal with after heavy lifting. However, with agents and teams roaming around in Vegas, there are few offers before you know it.