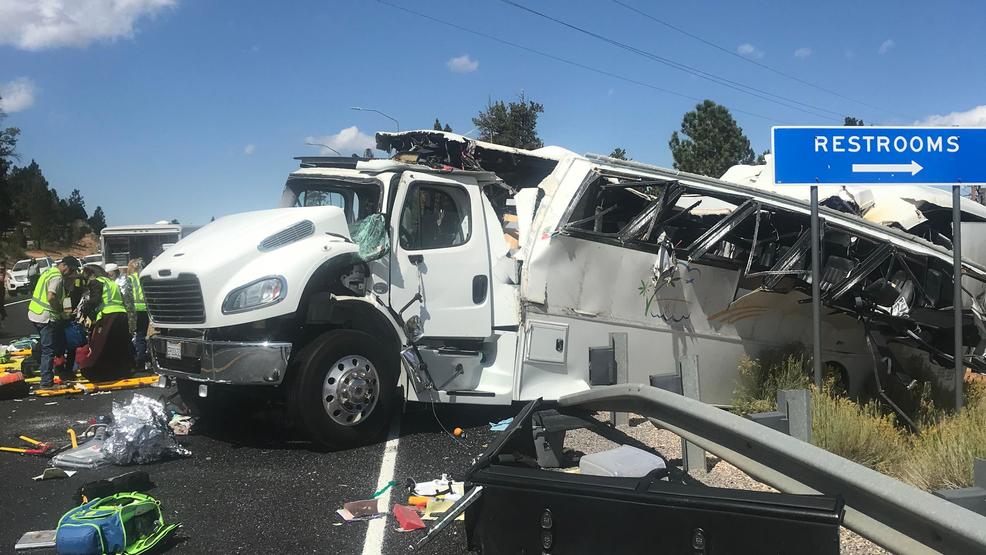 Four people are dead and many more injured after a tour bus crashed near Bryce Canyon National Park on Friday, according to the Garfield County Sheriff's Office.

The latest crash information can be found here .

The Utah Highway Patrol said that 12 to 15 of the victims have "very" critical injuries. The UHP also said the bus carried a group of Chinese-speaking tourists. Including the driver, 30 people were on the bus when it crashed.

Several air, ambulance and rescue crews have been dispatched to the scene on State Route 1

2, the Utah Highway Patrol reported. The crash occurred at the mile marker at 11:36

The extent of the occupied injuries is unknown at this time.

Officials closed Route 12 in both directions between U.S. 89 and State Route 63.

The Chinese embassy tweeted about the crash and thanked Utah authorities for responding. It said the embassy initiated emergency protocols and will send staff to help the victims.

Use an alternate route.

This is a news. 2News will be updated as more information is available.