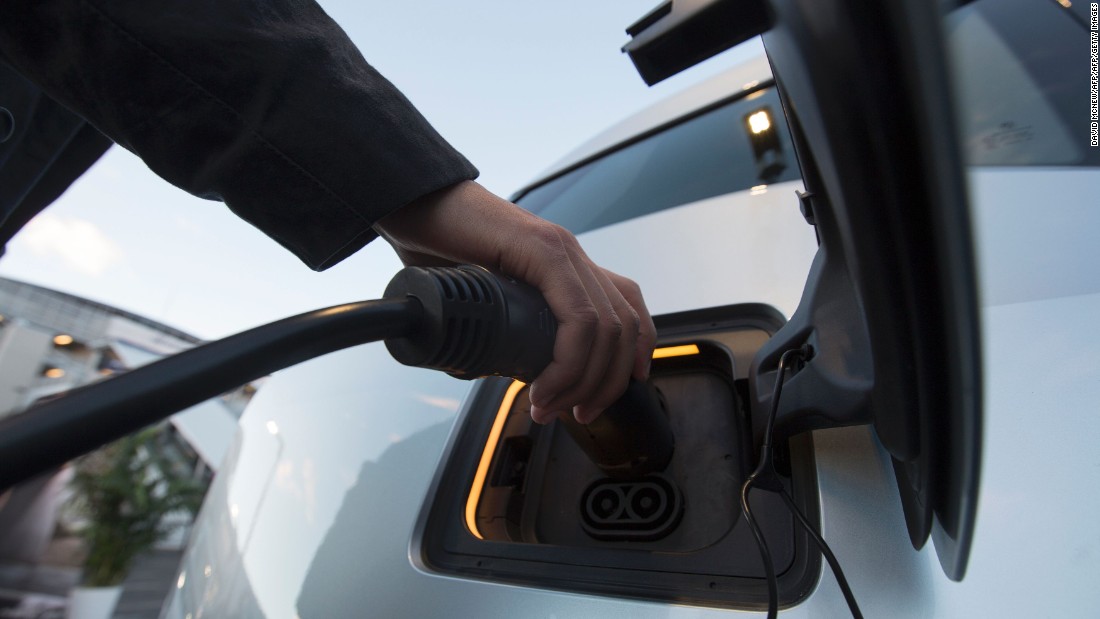 Unlike Tesla, however, Ford did not build this charging network on its own. In collaboration with electric charging companies Greenlots and Electrify America, Ford has created what it calls the FordPass Charging Network. If needed, users will be directed to one of the network's chargers using an app or in the vehicle's central touch screen.

Next year, Ford will start selling an electric crossover SUV with styling based on the Ford Mustang. It is the first vehicle Ford has ever offered that was initially designed as an electric vehicle. That vehicle has not yet been revealed. An electric version of the Ford F-150 pickup is also under development.

While Tesla's chargers can only be used by Tesla ( TSLA ) cars, the chargers in the FordPass network will work with most other electric cars. Unlike Tesla's chargers, which are all powered and operated by Tesla, the chargers in the FordPass network will be powered by different companies. The charging network will contain fast chargers that can quickly juice up a vehicle's battery to about 80% in about 40 minutes, in some cases. While the chargers themselves will work with many different cars, only the Ford driver can use the FordPass app.
Ford ( F ) electric vehicle owners will be able to pay for charging via the app without having to subscribe separately to individual charging networks. Greenlots, a subsidiary of Shell, runs the software behind the app.
Electrify America is building its electric car charging network with money from a deal that Volkswagen reached with US regulators over the car's diesel emissions scandal. Other charging network operators are expected to join the network, said a Greenlots spokeswoman.
Ford also announced that it is working with Amazon ( AMZN ) Home Services to install on-home chargers for customers purchasing a Ford electric car. Most electric car owners charge their cars at home or at work most of the time. Public chargers, such as those in the FordPass Charging Network, are most commonly used when drivers take longer road trips.
Earlier this year, General Motors ( GM ) announced it was working on a plan with the construction company Bechtel to build a large network of public chargers across America.