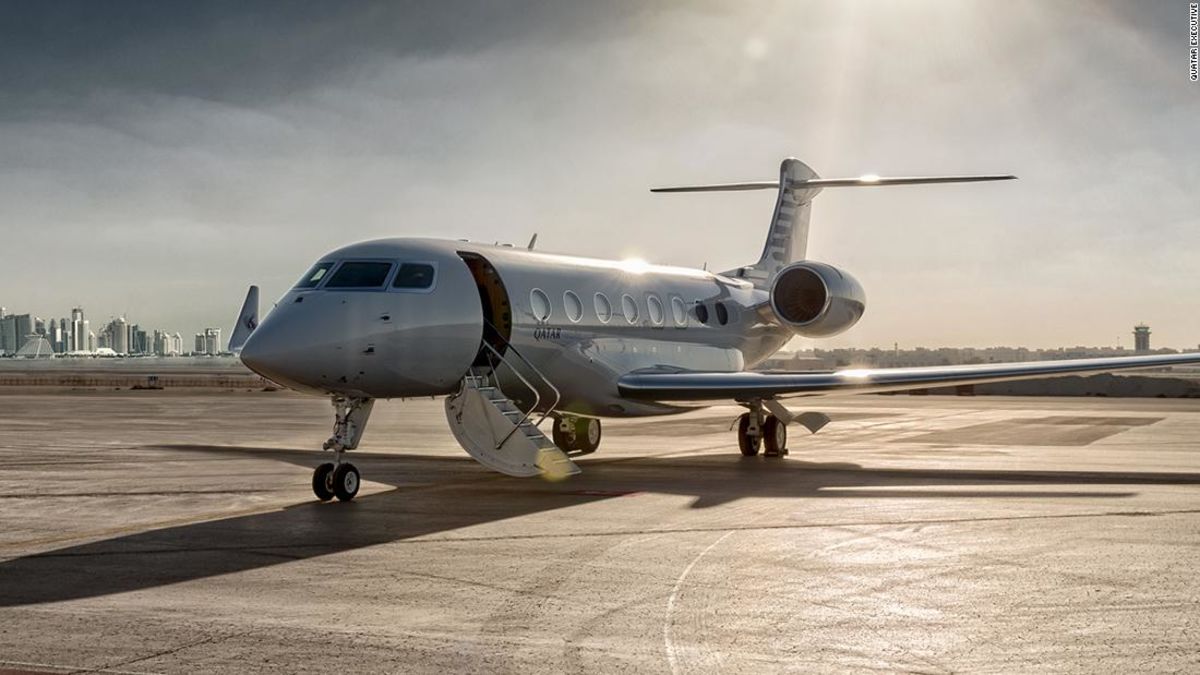 (CNN) – An international flight crew has broken the record for the fastest circumnavigation of the globe through the North and South Poles, with an impressive margin of almost six hours.

The 25,000-mile mission, dubbed "One More Orbit" and counting a former International Space Station commander among its leaders, was launched in honor of the Apollo 11 landings, the 50th anniversary of which is later this month.

The crew pose in front of the craft.

The aircraft later refueled in Kazakhstan before flying to Mauritius to start the South Pole leg of the trip. It made another fuel stop in Punta Areas, Chile, before returning to Florida.

The jet, part of the Qatar Executive fleet, was powered by two Rolls-Royce BR725 A1-12 Turbofans.

The first pole to pole circumnavigation flight took place in 1965 in a modified Flying Tiger Line Boeing 707-349C carrying 40 scientists, guests and crew. To make the trip possible, the plane – nicknamed Pole Cat – had to be modified with two additional fuel tanks installed in the main cabin. The trip took 62 hours and 27 minutes.

In 1968, a modern air transport Convair 990 airliner with 78 passengers and crew flew over both poles. This plane didn't have a speed record, but landing for fuel at Antarctica's McMurdo Station, it was the first aircraft to touch all seven continents.

Pan Am Flight 50's speed record stood for 31 years until 2008, when the Bombardier Global Express business broke, thanks to perfect planning and shorter fuel stops.

"Our mission pays homage to the Apollo 11 moon landing, by highlighting how humans push the boundaries or aeronautics, "Harding said in a statement. "It's our way of paying tribute to the past, the present, and the future of space exploration."