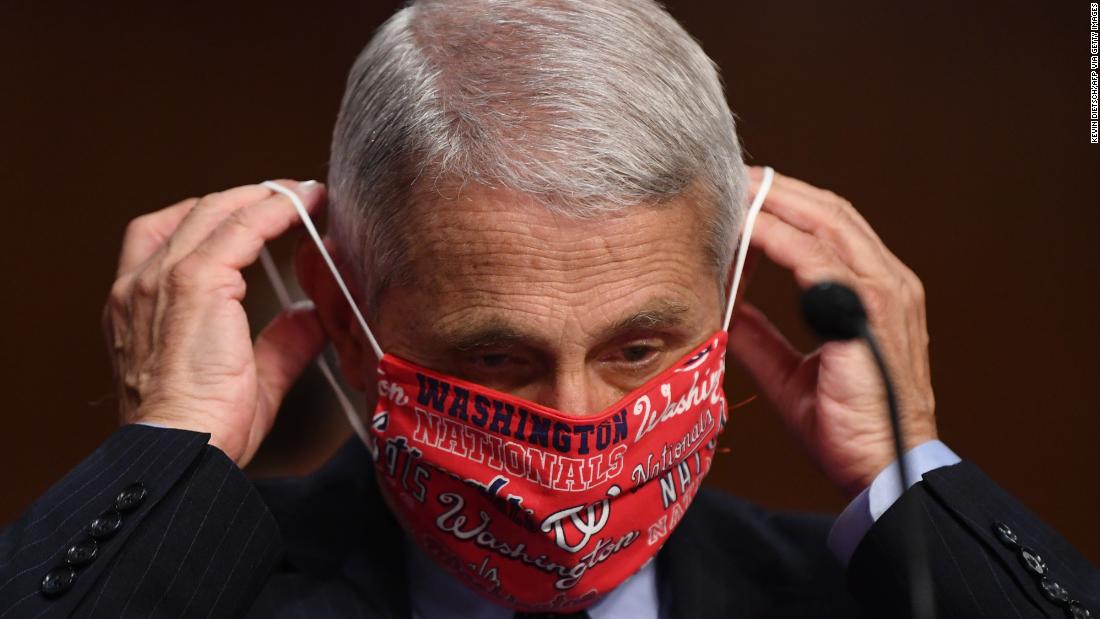 “We are still knee-deep in the first wave of this. And I would say, this would not be considered a wave. It was a wave, or a resurgence of infections superimposed on a baseline,” Fauci said in a Facebook Live interview with National Institute of Health Director Dr. Francis Collins.

“The European Union as a unit, it went up and then came down to the baseline,” he continued. “Now they have small flashes, as you might expect, when they try to open again. We went up, never got down to the baseline, and now it’s growing up again. So it’s a serious situation that we have to deal with immediately.”

His comments come as coronavirus cases continue to soar in the United States – with at least 32 states reporting higher rates of new cases this week compared to the latest, according to Johns Hopkins University data. Nearly 3 million Americans have been infected with the virus and more than 129,000 have died.

Fauci on Monday pointed to “a series of circumstances associated with various states and cities trying to open up” prematurely as a key factor in virus tensions, stressing that the United States “should use public health efforts as a vehicle and a way to achieve safe reopening.”

“So we have to make sure we don’t create this binary type of ‘we’re against them,'” he said of public health efforts and the US economy.

Faucy’s assessment is based on the strong warning he issued to legislators on Capitol Hill last week and told them he would not be surprised if the United States sees new cases of coronavirus rise to 100,000 a day.

“We now have 40,000 new cases a day. I wouldn’t be surprised if we go up to 100,000 a day if this doesn’t turn around and so I’m very concerned,” Fauci told the Senate Health, Education, Labor and the Pensions Committee.

He expressed particular dismay at people gathering in crowds and not wearing masks and insufficient attention was paid to guidelines for reopening.

“We will continue to be in a lot of trouble,” he said. “And it will be very painful if it does not end.”