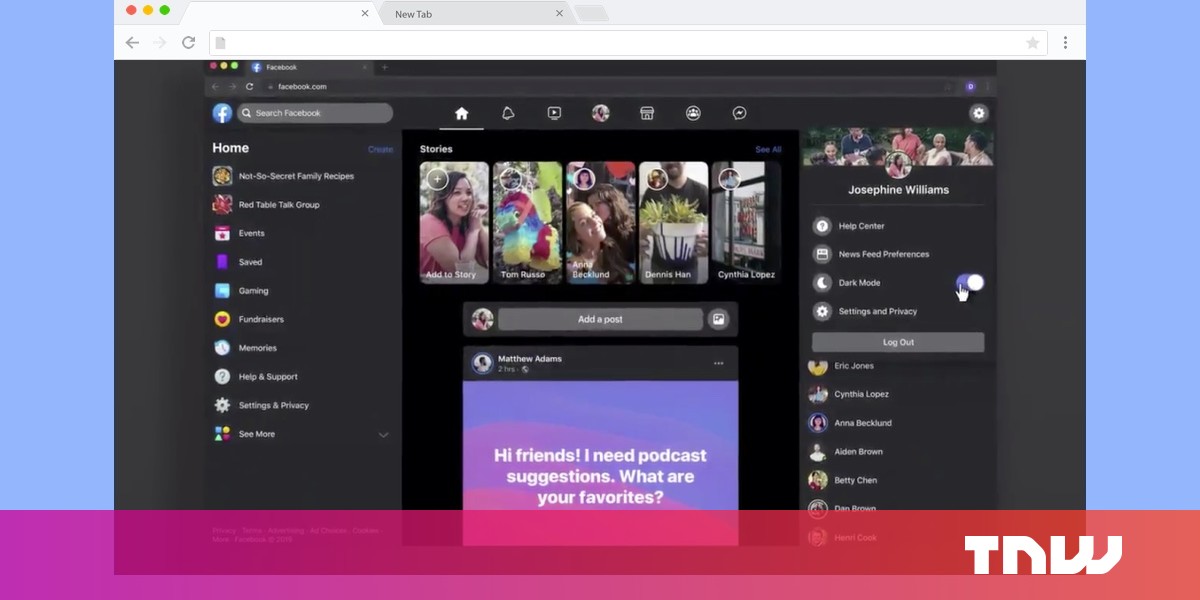 In May, Facebook said it would redo the site and bring dark location to its website and mobile apps. While it began testing dark mode for its Android app in August, it has now started rolling out a beta version of its site with the option of some users as well.

Several people are invited to test the new interface. The screenshots shared by testers are similar to the design that Facebook showed at its developer conference F8 in May. The new version of the site looks like Twitter:

This is just a trial version, so the final version of Dark Mode and the new interface may not look the same out. Thankfully, if you don't like the new look, there's a handy switch that lets you switch to the good classic version of the site.

We will keep an eye on this and update you as soon as new interface and dark mode is available to a wider audience.