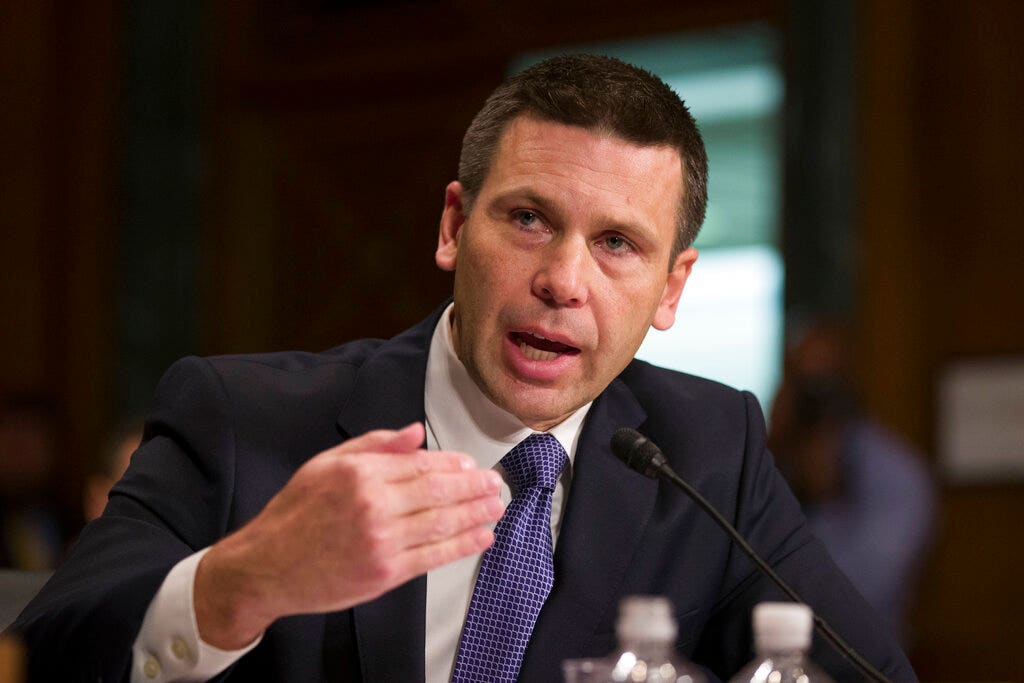 Homeland Security Secretary Kevin McAleenan said on Tuesday that his department needed more troops at the southern border, where he expected to use a "robust partnership" with the defense ministry and continue to make rapid progress on an obstacle preventing unauthorized entry. 19659002] He replied to Fox News host Dana Perino at "The Daily Briefing" when she asked how he planned without additional funding from Congress to give voters reason that the administration made progress in building the boundary wall that the president had made a central part of his 2016 campaign.

"We're going to show a lot of progress this year," he told Perino, noting that the wall construction had already exceeded the progress of federal projects of similar size. "We have already built the FY1

7 funding in less than two years. It shows how aggressively we go about this."

He also pointed out the support of the Defense Ministry, which he said "had been critically engaged" in border security and liberated the border patrol to focus on the primary law enforcement measures.

Former ICE Chief Executive Officer on the Border: "This is a crisis I have never seen before this level" [19659003] Earlier in the day, Trump tweeted that the wall was "built quickly." "The wall is being built fast! The economy is great! Our country is respected again!" he said.

Too much of the President's first term, he and Congress Democrats repeatedly collided over the border. When the two sides could not agree on the issue at the end of 2018, the government was closed and was only opened together with Trump's decision to declare a national emergency to accelerate the wall.

Trump has taken a multi-faceted approach to immigration policy and faced legal challenges for many of his decisions. Tuesday, the Supreme Court held oral arguments about his administration's decision to ask for citizenship by the 2020 census – a move that democrats blasted as illegal.

During his interview with Perino, McAleenan repeated the president's concern over the law of unaccompanied minors and immigrant families at the border. He highlighted two special changes that he would like to see from Congress.

"The two targeted changes we need most are the ability to imprison families together through a fair and swift submission process," he said.

"Second, the ability to get unaccompanied children deceived into the smuggling cycle from Central America – to be able to repatriate them safely in agreement with the Central American government," he said.