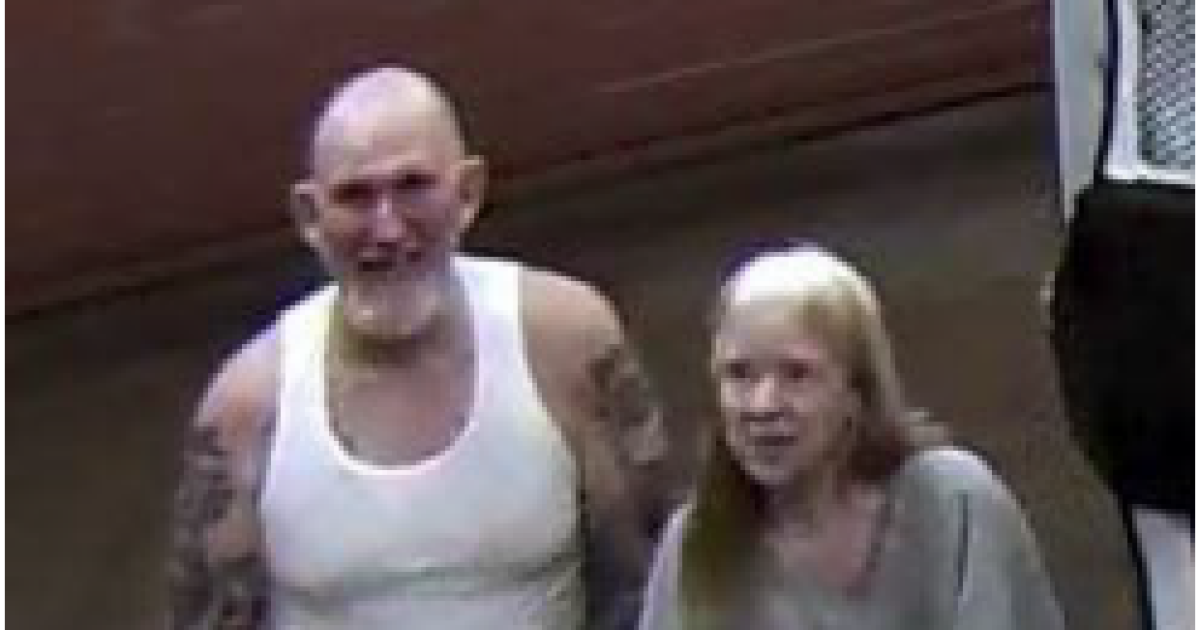 Authorities say they have captured

the husband and wife fugitives wanted in the killing of an Arizona man.

Blane and Susan Barksdale have been missing since August 27.

The couple was located and taken into custody without incident, according to the Navajo County Sheriff's Office.

Sheriff's officials are not saying at this time where the couple was located.

Authorities say more information about the arrest will be released Thursday morning during a joint news conference with the U.S. Marshal's.

The couple, who were being transported across the country to face murder charges, used a medical emergency ruse and then overpowered two security guards, tied them up and left them and a third uninvolved prisoner outside a rural Arizona town, authorities said.

David Gonzales, the US marshal for Arizona, told The Associated Press that a privately operated prison van had departed from Blanding, Utah, on Monday afternoon when Susan Barksdale pretended to have an "intestinal issue."

"It was compelling enough that they felt the need to pull over, "Gonzales said.

The guards were unarmed and did not feel the need to take a handgun that was inside a locked box. But Susan and Blane Barksdale charged at them once they opened the rear compartment, the marshal said. The male and female guards weren't physically injured, Gonzales said, but the Barksdales used shoelaces to tie them and then put them in the back with a third inmate. They also took a key to free themselves from a waist restraint.

Blane Barksdale, 56, "is not a big guy but he can be very imposing," Gonzales said. "I don't think these two guards were equipped physically and emotionally with the experience needed for these types of individuals. "

The Barksdales drove the van to the town of Vernon, Arizona, where they met up with a friend who gave them access to his red GMC pickup truck. The friend has not been charged but law enforcement continues to question him, Gonzales said.

From there, each drove away in a vehicle for about 40 miles (65 miles) and abandoned the van near the town of St. Johns, Arizona. The couple took off with the money in guards' wallets, which "wasn't much," according to Gonzales. They were probably unaware of the handgun, which was still in its box. The guards and the third prisoner were left behind.

"This other prisoner, he wanted no part of this deal," Gonzales said. "He was very forthcoming."

It took the guards two to three hours to break free, eventually kicking out some windows. By the time authorities reached the area, the Barksdales had been gone for several hours. The third prisoner has since been taken to his intended destination ̵

The Barksdales were arrested May 24 near Rochester, New York, on suspicion of first-degree murder and other crimes related to the April death of a 72-year-old man in Tucson. Tucson police say a fire followed by an explosion broke out in April at the home of Frank Bligh. His car was found abandoned the next day.

While his body was not found, investigators say evidence in the car indicated he was likely dead. The Barksdales were later identified as suspects.

Gonzales said multiple agencies including the FBI and Tucson police are interviewing people from Arizona to New York. The Marshals Service on Wednesday offered a $ 20,000 reward – $ 10,000 for each suspect – for information leading to their arrest. He believes they are somewhere in the Southwest, possibly Arizona or New Mexico. He also thinks they probably have since shed their prison uniforms.

"In any crime or situation like this, somebody knows something. Sometimes a reward can be that little push to make a call to us," Gonzales said.

Gonzales said Blane Barksdale has a criminal history and his arms are covered in tattoos, including swastikas. He served two prison terms, according to online records. He spent nearly eight years in Arizona prisons for theft and drug convictions dating to 1984. He was released in January 1993.

Barksdale also was sentenced to 10 years in prison for a 2003 federal marijuana possession conviction in Taylor County, Kentucky, and was released in early 2012, according to records.

In a letter to the judge in the Kentucky case, Barksdale said he was thankful that he did not receive a stiffer sentence. "I sir, will not ever regret giving us this second chance either," Barksdale said in the handwritten letter.

After his release, he married Susan Barksdale, now 59, in December 2013.

Pima County Officials , where Tucson is located, announced they were suspending use of the transport company, Security Transport Services, pending a review of the escape.

This is a developing story. Stay with ABC15 News and ABC15.com for updates.