Emmys honor Jharrel Jerome for 'When They See Us' 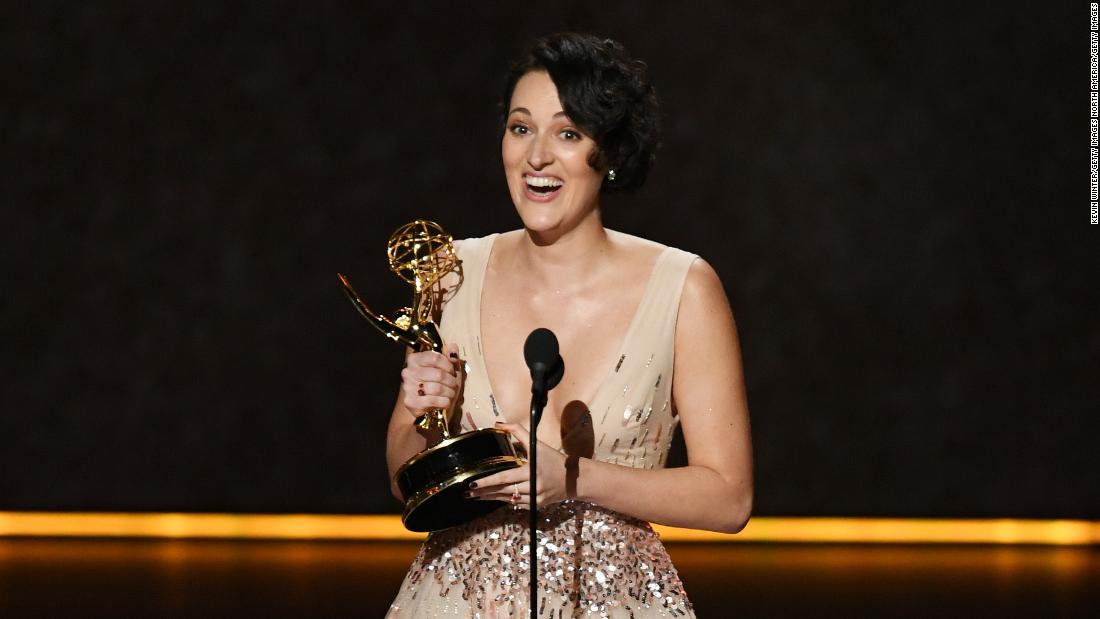 Phoebe Waller-Bridge was a dual winner, as lead actress and for writing her comedy "Fleabag." That victory deprived Julia Louis-Dreyfus of a chance to make Emmy history, as a win would have made the "Veep" star the most-honored performer for acting, leaving her tied with Cloris Leachman, with eight in her career. (Louis-Dreyfus has three more awards for producing the show.)

"Fleabag" also won the Emmy for directing, while Emmy voters again smiled on the period drama "Mrs. Maisel," which mounted a near-sweep of those awards last year (with "Veep," notably, sitting out the race). Alex Borstein claimed her second consecutive supporting actress win for the Amazon drama, while Tony Shalhoub received his fourth Emmy overall.

Bill Hader was a repeat winner as lead actor for HBO's "Barry," breaking up what was otherwise an Amazon block party .

Repeat winners, in fact, dominated the early part of the show, with "RuPaul's Drag Race" running off with the prize for best competition program. Host RuPaul injected the first note of politics into the evening, urging viewers to go register and vote.

1; against a field of veteran actors and Oscar winners – for "When They See Us," writer-director Ava DuVernay's Netflix limited series about the Central Park Five.
In her acceptance speech, Patricia Arquette teared up speaking about the death of her sister, actress and transgender activist Alexis Arquette, while making a plea for rights and acceptance of transgender people.

The producers also staged a tribute to "Game of Thrones," reassembling the cast on stage to a rousing standing ovation.

HBO and Netflix entered Emmy night with 25 and 23 awards, respectively, from the Creative Arts Emmys, which were presented last weekend. That puts those two programmers – who tied in overall awards last year – far ahead of any other networks or streaming services.

A total of 27 categories are being handed out during the main ceremony, which is being televised by Fox. The network used the pre-show as a springboard to help promote the return of its musical reality show "The Masked Singer." Traditionally, ratings dip when the awards play on Fox, coming off what was already record-low tune-in in 2018.

Like the Oscars, the Emmys were produced without a host, but as usual was presented as a broad celebration of the medium. "Television has never been this damn good," Bryan Cranston said, in the show's introduction.