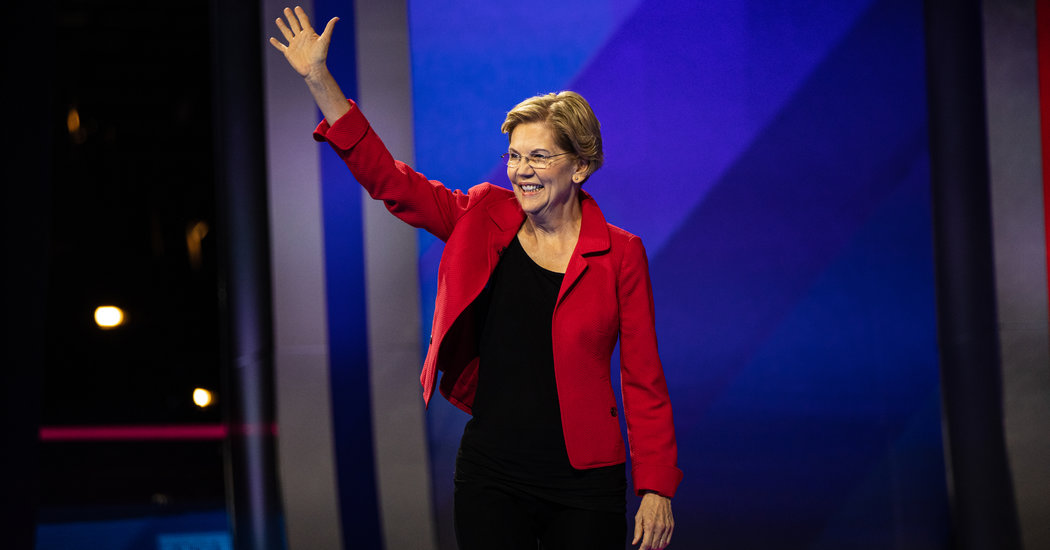 Senator Elizabeth Warren of Massachusetts is set to bring her ascendant presidential campaign to New York City on Monday evening with a speech on corruption, one of the major themes of her bid for the White House.

Ahead of the speech, Ms. Warren on Monday morning released a plan to fight corruption, which is based on a wide-ranging anticorruption package she released last year and promotes on the campaign trail.

"The most sweeping set of anticorruption reforms since Watergate," Ms. Warren wrote in a Medium post. "The goal of these measures is straightforward: to take power away from the wealthy and well-connected in Washington and put it back where it belongs ̵

Ms. Warren was scheduled to give her speech at Washington Square Park in Manhattan at 7 p.m. Her campaign noted that she would be speaking near the site of the Triangle shirtwaist factory fire in 1911, which killed 146 garment workers, most of them women, and spurred a push to improve workplace safety.

Ms. Warren wrote on Twitter that she would use the speech "to tell the story of how working women organized to change the course of history after the Triangle Shirtwaist Factory fire."

"The fire exposed corruption, but these workers did not stand on the sidelines, ”Ms. Warren said in a video previewing her speech. “They fought back. They got organized, they persisted, and they changed the course of history. ”

That made for a ready comparison to the ambition of Ms. Warren's presidential campaign, which has a goal of bringing about "big, structural change."

Beyond amplifying her call to confront corruption, a hallmark of her presidential bid, the speech was another chance for Ms. Warren to draw a big crowd on the campaign trail and put on display the enthusiasm she is generating among voters. In August, she drew 15,000 people in Seattle and 12,000 in St. Louis. Paul, according to estimates from her campaign.