Durant (calf) 'not close' to returning 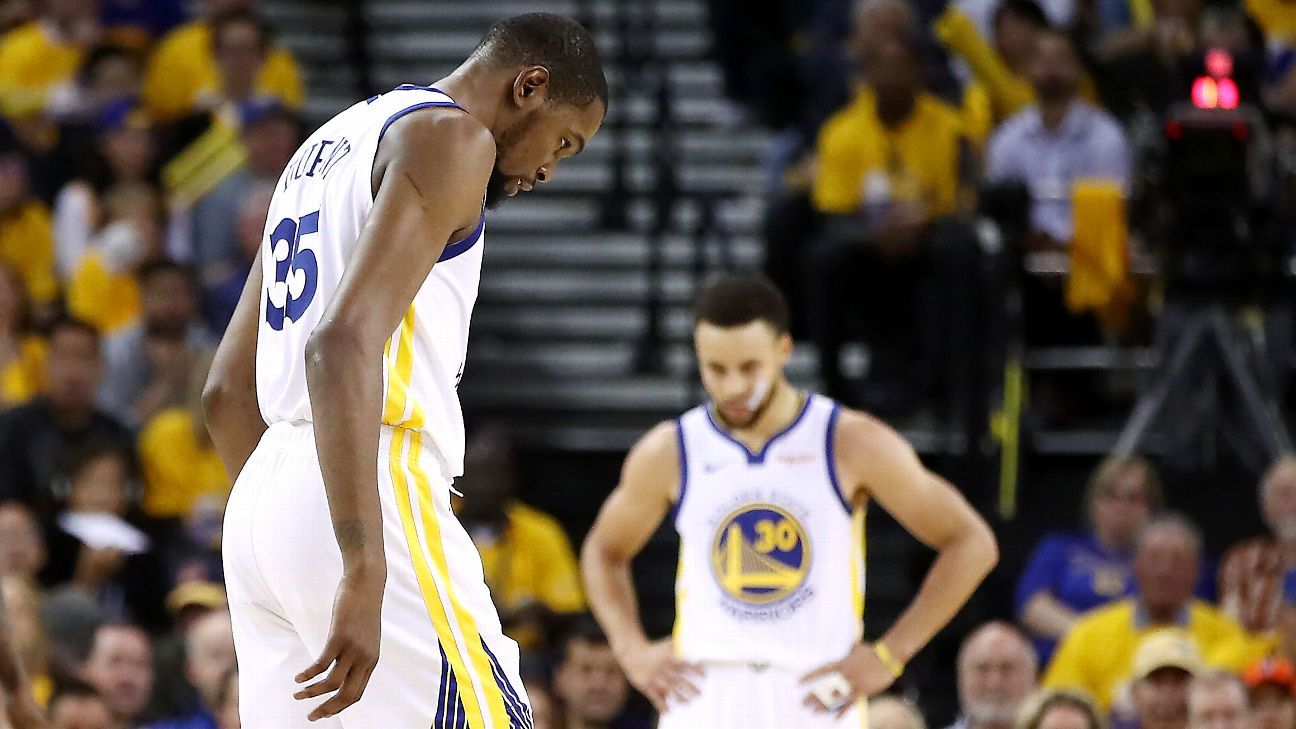 Golden State Warriors forward Kevin Durant will have his injured right calf re-evaluated before Game 2 of the Western Conference finals but is "not close" to return to action, a league source duty ESPN's Ramona Shelburne.

Durant hasn't resumed basketball related activities, which would be the first step in returnning to play.

Dont miss Tuesday's Game 1 win over the Portland Trail Blazers with the injury, and will miss Thursday night's Game 2 as well. Warriors coach Steve Kerr said Monday that a "more detailed update" on Durant would come Thursday. "" Everyone needs to slow down on the Kevin stuff, "Kerr said after Monday's practice. "He hasn't even stepped on the floor yet… He still has pain. So there's some time ahead of him on the rehab process." Durant injured his calf in the third quarter of last week's Game 5 conference semifinal win over the Houston Rockets after going up for a jumper over Rockets swingman Iman Shumpert and landing awkwardly.