Donald Trump surely has a weird way of celebrating 9/11 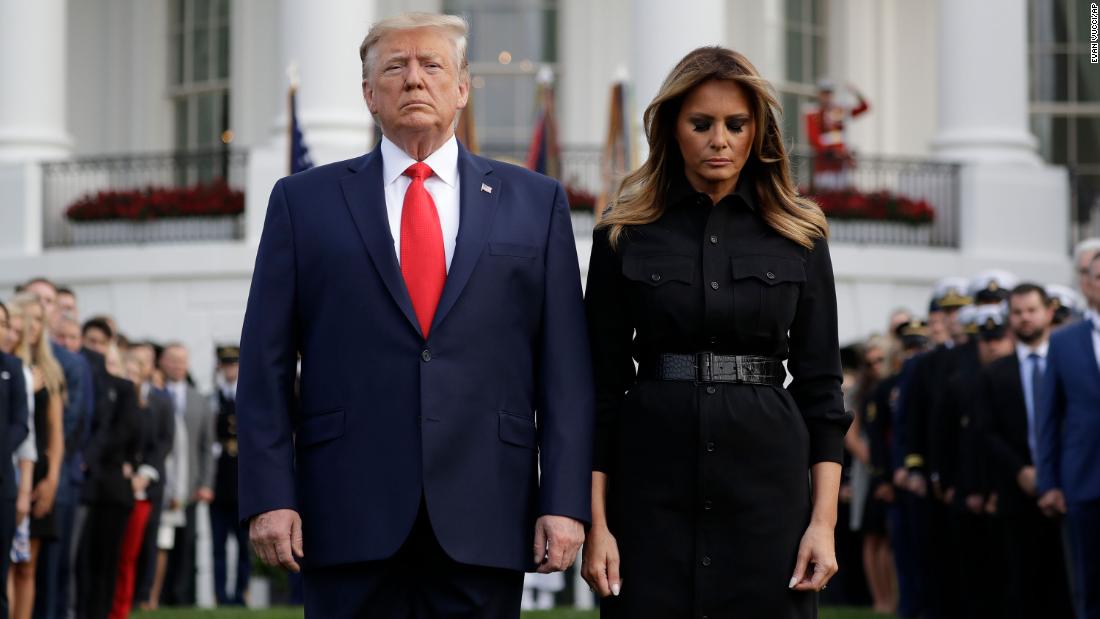 Which brings me to Wednesday morning and the 18th anniversary of the terrorist attacks on September 11, 2001.

Trump started his day – as he so often does – on Twitter. And even at 8:46 am – the exact time the first plane hit the World Trade Center – Trump held on to it.

"In a hypothetical survey, made by one of the worst pollsters of them all, the Amazon Washington Post / ABC, who predicted I would lose against Crooked Hillary by 15 points (how did that work?), Sleepy Joe, Pocahontas and virtually everyone else would beat me in the general election, " tweeted Trump at 8: 12.00 . "This is a fake suppression investigation, which is supposed to build up its Democrat partners. I haven't even started fighting yet, and is constantly fighting Fake News like Russia, Russia, Russia. Watch North Carolina last night. Dan Bishop, down big in the polls , WINNER. Easier than 2016! "
But he wasn't done. "If it wasn't for the endless Fake News about me, and with everything I've done (more than any other president in the first 2 1/2 years!), I would lead [Partners"forLameStreamMediamed20pointsTywarremensant" he tweeted at 1919

Once, Trump came to the Pentagon to lay a wreath on the site of the memorial to those lost when a plane hit the building 18 years ago, he quickly turned the subject over to himself.

"I vividly remember when I first heard the news, "Trump said." I sat at home watching a big TV show. Early in the morning, Jack Welch, the legendary chief of General Electric, was to be interviewed when they suddenly cut off. "Trump then went on to talk about the various theories that spread in real time about what had happened -" It was a fire boiler, but I knew that boilers were not at the top of a building. It was a kitchen explosion on Windows on the World. … No one knew what was happening "- before admitting he" saw a second plane go into the second tower "from his office window in central Manhattan.

Later in the speech, Trump walked in to talk about his decision to interrupt planned talks with the Taliban at Camp David. "We have hit our enemy harder than they have ever been damaged before and it will continue," Trump vowed, while admitting that while the United States would not use nuclear power in Afghanistan, "they have never seen anything like what will happen to them. "

Although there are some parts of where-where-you-go that goes around the internet on every anniversary of the September 11 terrorist attacks, it goes to the extent that, as the president of the United States – talked to a group of victim families – looked in. Yes, he talked about what he did that day. What he saw on TV. What he thought had happened. But then, his latest drama about how he decided to interrupt talks with the Taliban.

plus his inability to control himself from hitting Twitter on options that suggested he could lose by 2020, speaks to something profoundly true about Donald Trump: He is someone, unlike our former presidents of both parties, who rarely sets He likes his comfortable (and expensive) loafers very much.

That lack of empathy was, in many longstanding political observers, Trump's Achilles heel, I can't even tell you how many conversations I had un the 2016 campaign in which politicians predicted that Americans would never choose someone who could not, in Bill Clinton's words, feel your pain.

Except that the voters did not care. Or more precisely, they cared about other things more. Only 15% of voters in 2016 said that a candidate who "cares for me" was the most important quality in deciding their vote. Hillary Clinton won that group by 23 points. Trump still won.

So the voters knew what they got. But at solemn moments like today, it's hard not to be struck by how different Donald Trump is acting as president from, literally, every person who has held the office before him.