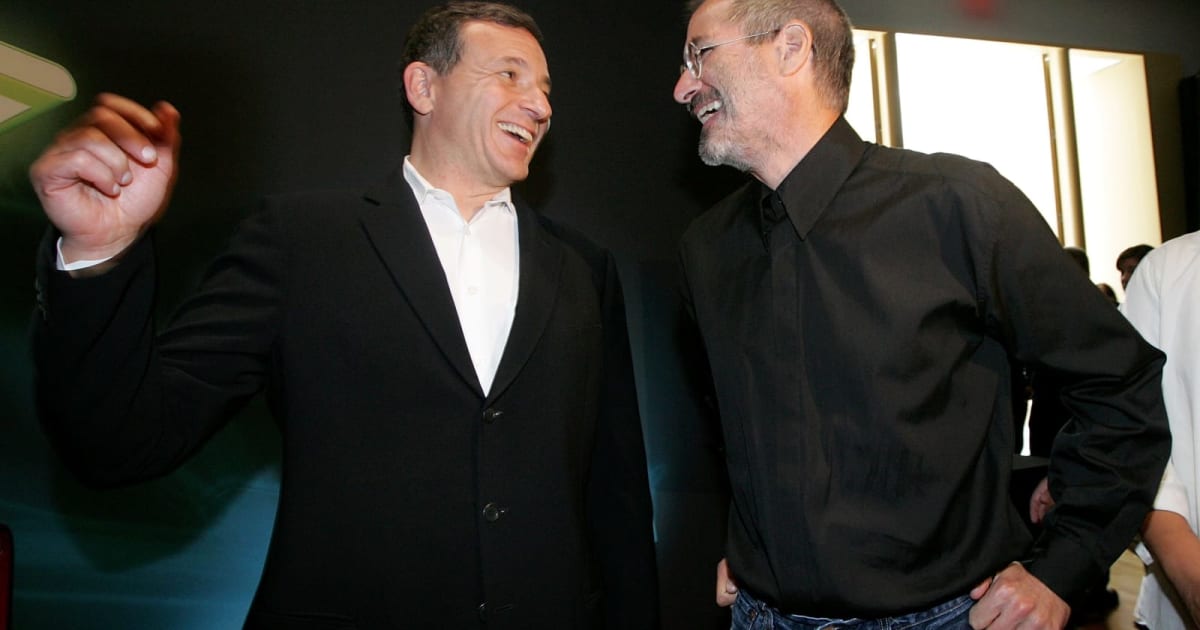 Iger talked about his friendship with Jobs in the piece and told the story of how Disney managed to acquire Pixar happened despite Jobs holding a "deeply rooted" enemy of Disney at that time. He also said that they discussed the future of TV before the iPhone was released and how he told Jobs that he imagined an iTunes-like platform for TV.

"With all the success the company has had since Steve's death, there is always a moment in the middle of my excitement when I think, I wish Steve could be here for this … I think if Steve was still alive, we would would have combined our companies, or at least discussed the opportunity seriously, "he wrote.

Iger did not say why he chose to focus on his relationship with Jobs and Apple for his Vanity Fair . It may simply be one of the most compelling parts of his book, but it makes one wonder if it is because he is currently trying to make a Disney-Apple merger happen. As CNBC notes, an acquisition would probably not be approved now that the authorities have become more aware of how large technical mergers are considered to restrict competition. Companies are far too large at this point, with Apple valued at $ 1

trillion and Disney at $ 300 billion.