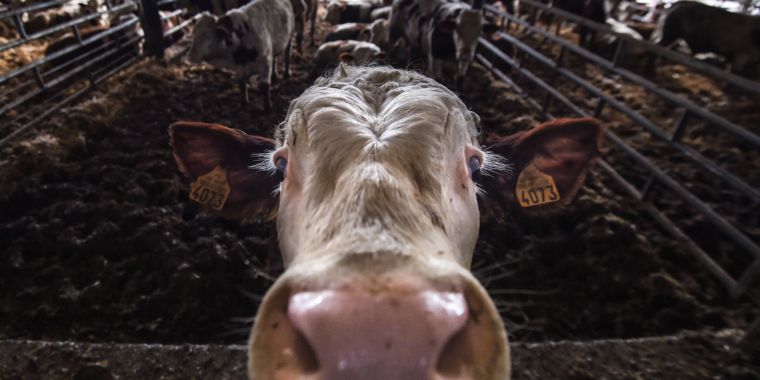 A fatal outbreak of several drug-resistant Salmonella that killed 225 people across the United States in early 2018 may have been spurred by a sharp rise in the use of some antibiotics in cows a year earlier reported investigators of infectious diseases this week.

8 to March 2019, officials at the Centers for Disease Control and Prevention identified an outbreak of Salmonella enterica serotype Newport. The strain was resistant to several antibiotics, especially azithromycin – a recommended treatment for Salmonella enterica infections. Prior to the outbreak, azithromycin resistance in this bacterium was extremely rare. In fact, it was only first seen in the US in 2016.

But during the 2018-2019 outbreak, it reached at least 225 people in 32 states. Of the sick, at least 60 were in hospitals and two died. (Researchers did not have complete health data on everyone who fell ill during the outbreak.)

In a report published August 23 by the CDC, investigators note that just one year earlier, the Food and Drug Administration registered a spike in the use of antibiotics called macrolides by cattle users. From 2016 to 2017, cattle users increased their use of macrolide antibiotics by 41%. Macrolides are a class of antibiotics that include azithromycin. Because antibiotics within one class work to kill bacteria in a similar way, bacterial resistance to one drug in one class can lead to resistance to other drugs in the same class.

The investigators suggest that the increase in macrolide use could have encouraged the increase and spread of the azithromycin resistant strain in Newport.

"Because the use of antibiotics in livestock can cause selection of resistant strains, the reported 41% increase in the use of macrolide in US cattle from 2016 to 2017 may have accelerated the transportation of the outbreak strain among American cattle," they wrote. [19659005] "Avoiding the unnecessary use of antibiotics in cattle, especially those important for the treatment of human infections, may help prevent the spread of [Newport] with reduced susceptibility to azithromycin. ”

In recent years, approximately 70% of all medically important antibiotics in the United States have been sold for use in animals. Public health advocates say that agricultural use of antibiotics should be significantly reduced to preserve the drug's effectiveness.

To reduce the risk of infections – drug resistant or not – health agents recommend consumers not to eat cheeses made from unpasteurized milk and to make sure that beef reaches safe cooking temperatures: 62.8 ° C for steaks and steaks followed by a 3 minute rest time and 71.1 ° C (160 ° F) for meat or burgers.