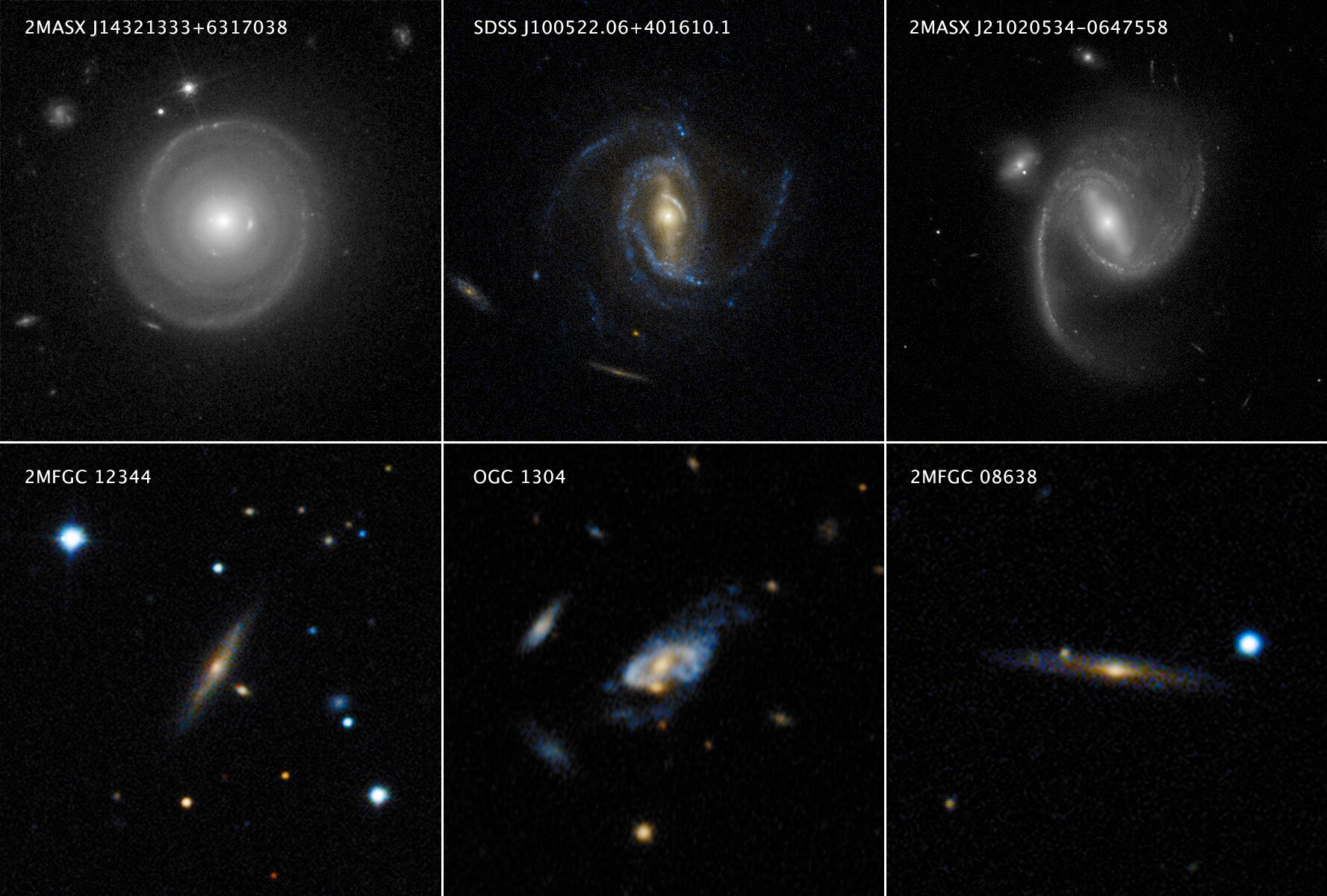 When it comes to galaxies, how fast is fast? The Milky Way, an average spiral galaxy, spins at a speed of 130 miles per second (210 km / sec) in our Sun's neighborhood. New research has found that the most massive spiral galaxies spin faster than expected. These "super spirals," the largest of which weigh about 20 times more than our Milky Way, spin at a rate of up to 350 miles per second (570 km / sec).

Super spirals are exceptional in almost every way. In addition to being much more massive than the Milky Way, they're also brighter and larger in physical size. The largest span is 450,000 light-years compared to the Milky Way's 100,000-light-year diameter. Only about 100 super spirals are known to date. Super spirals were discovered as an important new class of galaxies while studying data from the Sloan Digital Sky Survey (SDSS) as well as the NASA / IPAC Extragalactic Database (NED).

"Super spirals are extreme by many measures," says Patrick Ogle of the Space Telescope Science Institute in Baltimore, Maryland. "They break the records for rotation speeds."

Ogle is the first author of a paper that was published October 10, 2019, in the Astrophysical Journal Letters . The paper presents new data on the rotation rates of super spirals collected with the Southern African Large Telescope (SALT), the largest single optical telescope in the southern hemisphere. Additional data were obtained using the 5-meter Hale telescope of the Palomar Observatory, operated by the California Institute of Technology. Data from NASA's Wide-field Infrared Survey Explorer (WISE) mission was crucial for measuring the galaxy masses in stars and star formation rates.

Referring to the new study, Tom Jarrett of the University of Cape Town, South Africa says, " This work beautifully illustrates the powerful synergy between optical and infrared observations of galaxies, revealing stellar motions with SDSS and SALT spectroscopy, and other stellar properties — notably the stellar mass or "backbone" of the host galaxies — through the WISE mid-infrared imaging. "

Theory suggests that super spirals spin rapidly because they are located within incredibly large clouds, or halos, of dark matter. Dark matter has been linked to galaxy rotation for decades. Astronomer Vera Rubin pioneered work on galaxy rotation rates, showing that spiral galaxies rotate faster than if their gravity were solely due to the constituent stars and gas. An additional, invisible substance known as dark matter must influence galaxy rotation. A spiral galaxy of a given mass in stars is expected to rotate at a certain speed. Ogle's team finds that super spirals significantly exceed the expected rotation rate.

Super spirals also reside in larger than average dark matter halos. The most massive halo that Ogle measured contains enough dark matter to weigh at least 40 trillion times as much as our Sun. That amount of dark matter would normally contain a group of galaxies rather than a single galaxy.

"It appears that the spin of a galaxy is set by the mass of its dark matter halo," Ogle explains.

The fact that super spirals break the usual relationship between galaxy mass in stars and rotation rate is a new piece of evidence against an alternative theory of gravity known as Modified Newtonian Dynamics, or MOND. MOND suggests that on the largest scales like galaxies and galaxy clusters, gravity is slightly stronger than would be predicted by Newton or Einstein. This would cause the outer regions of a spiral galaxy, for example, to spin faster than otherwise expected based on its mass in stars. MOND is designed to reproduce the standard relationship in spiral rotation rates, therefore it cannot explain outliers like super spirals. The super spiral observations suggest no non-Newtonian dynamics are required.

Despite being the most massive spiral galaxies in the universe, super spirals are actually underweight in stars compared to what would be expected for the amount of dark matter they contain. This suggests that the sheer amount of dark matter inhibits star formation. There are two possible causes: 1) Any additional gas that is pulled into the galaxy crashes together and heats up, preventing it from cooling down and forming stars, or 2) the fast spin of the galaxy makes it harder for gas clouds to collapse against centrifugal force.

"This is the first time we've found spiral galaxies that are as big as they can ever get," Ogle says.

Despite these disruptive influences, super spirals are still able to form Stars. Although the largest elliptical galaxies formed all or most of their stars more than 10 billion years ago, super spirals are still forming stars today. They convert about 30 times the mass of the Sun into stars each year, which is normal for a galaxy of that size. By comparison, our Milky Way forms about one solar mass of stars per year.

Ogle and his team have proposed additional observations to help answer key questions about super spirals, including observations designed to better study the motion of gas and stars within their disks. After its 2021 launch, NASA's James Webb Space Telescope could study super spirals at greater distances and correspondingly younger ages to learn how they evolve over time. And NASA's WFIRST mission may help locate more super spirals, which are exceedingly rare, thanks to its large field of view.

Image: Hubble spots and a swarm of stars