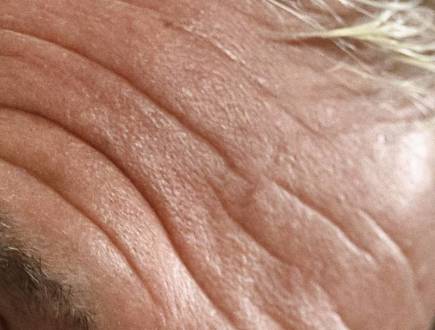 Rum – Wrinkles can signal the risk of cardiovascular disease. Wrinkles on the forehead are a natural sign of aging, but when they are deeper and more than would correspond to genetic composition and age, it indicates a health risk, writes the Italian daily Corriere della Sera.

“They are an indicator of risk factors such as high cholesterol or high blood pressure,” explains Yolande Esquirol from a university hospital in Toulouse, southern France. “It is an easily recognizable signal that does not cost much because there is no need for medical tests,”

; he adds. It is therefore a signal that may be an incentive for these people to try to eliminate other risk factors, such as high blood pressure, high cholesterol, obesity or smoking.

A study was conducted at the University of Toulouse with 3200 healthy adults aged 32, 44, 52 and 65. They received points based on how deep and many wrinkles they had on their forehead. No point indicated the absence of wrinkles, three points indicated many deep wrinkles. Study participants were followed for 20 years, during which 233 people died of various causes. Of the 233 dead, 15.2 percent had two to three points in the assessment of wrinkles, 6.6 percent had one point and 2.1 percent had no wrinkles. Those with the highest score for wrinkles were almost ten times more likely to die than those with zero.

Researchers do not yet know the cause of the relationship between the two phenomena, but came up with the theory that the matter is related to atherosclerosis and hardening of the arteries. Atherosclerosis and wrinkles appear to be affected by changes in collagen and oxidative stress. The veins in the forehead are so small that they can be more sensitive to plaque buildup and wrinkles can be one of the first signs that they are aging.

To date, cheese consumption has been linked to an increased risk of cardiovascular disease due to the presence of saturated fatty acids in these foods. Cardiologists have generally recommended limiting the consumption of milk, cheese and yogurt. However, research conducted by Maciej Banach at the University of Łódž in Poland, which analyzed a series of studies published in recent years with 636,000 people, found that these recommendations did not seem useful. In addition to milk. Consumption of milk (not specified in what amount) appears to be associated with an increased risk of death due to cardiovascular disease, while consumption of fermented products such as yoghurt is associated with a lower risk. The study’s authors suggest revising the recommendations for patients at cardiovascular risk with cheese and yogurt and recommending those who cannot drink less milk to choose a fat-free or low-fat product.

Maciej Banach also points out that low carb diets are not healthy and should be avoided. “People who eat low carbs are at greater risk of premature death due to cardiovascular disease, stroke and cancer,” he said. Based on an analysis of data on 24,000 people, Banach has shown that those who consume low carbohydrates are 32 percent more likely to die than those on their diet.