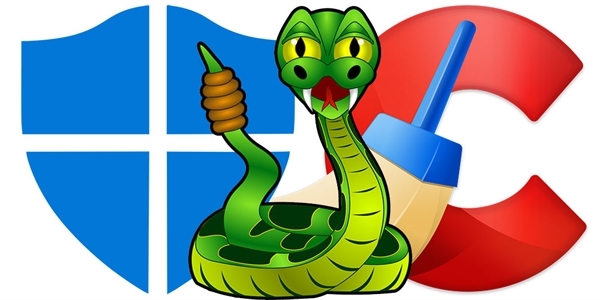 If you are using the free version of CCleaner, you may have encountered a message identifying this product as a potentially unwanted program (PUA) with a low alert level after updating your Windows Defender antivirus program. What’s the reason? Details provided by TechSpot.

For those of you who are not familiar with CCleaner, we only briefly remind you that it is a tool for optimizing the operating system. In addition to many other features, it promises to delete unused and temporary files, free up storage or search and delete invalid registry entries.

CCleaner was originally developed by the British company Piriform, whose portfolio included, for example, applications to recover deleted Recuva files or defragment data on the Defraggler hard drive. In 201

7, however, it is this the company was bought by Avast for $ 1.3 billion. He decided to add other programs to the application, such as Avast Free Antivirus, AVG Antivirus Free, Google Chrome or Google Toolbar.

As you probably already guessed, we’ll get to the core of the poodle – Microsoft does not like such packages of applications, which it has openly published on its website. “Although the applications themselves are legitimate, a combination of software, especially products from other vendors, may result in unexpected software activity that may adversely affect the user experience,” the statement said.

What bothers me the most is that some free and 14-day test installation packages include “additional applications included”which CCleaner does not need to run or which is not published by the same publisher, Piriform. “To help protect Windows users, Microsoft Defender Antivirus detects CCleaner installers, which behave in this way as potentially unwanted applications.”

Potentially unwanted applications are not defined as viruses, malware or any other type of threat. For example, there may be programs that can “affect the performance or use of the device” negatively and offer to install other applications.

Microsoft further criticizes the fact that the CCleaner installation procedure offers the possibility of refusing to install these products, some users may accidentally install these programs. These installers can be downloaded from various sites, including the Piriform website. We can confirm this from our own experience – the free version 5.69, which was downloaded on Tuesday, August 4, 2020 from the official website, offered us the installation of the AVG antivirus program.

Microsoft has previously warned against various “registry cleaners” and warned users not to use this type of program. Piriform is allegedly negotiating with Microsoft to resolve this undeniably unpleasant situation, which could have a negative impact on customers’ perceptions of the brand. From his point of view, all applications, including the accompanying ones, are said to be in perfect order.