Breaking News
Home / Health / Virus as a stimulus for an immune response. According to research from Yale University, a cold can beat the flu in ROZHLAS

Virus as a stimulus for an immune response. According to research from Yale University, a cold can beat the flu in ROZHLAS 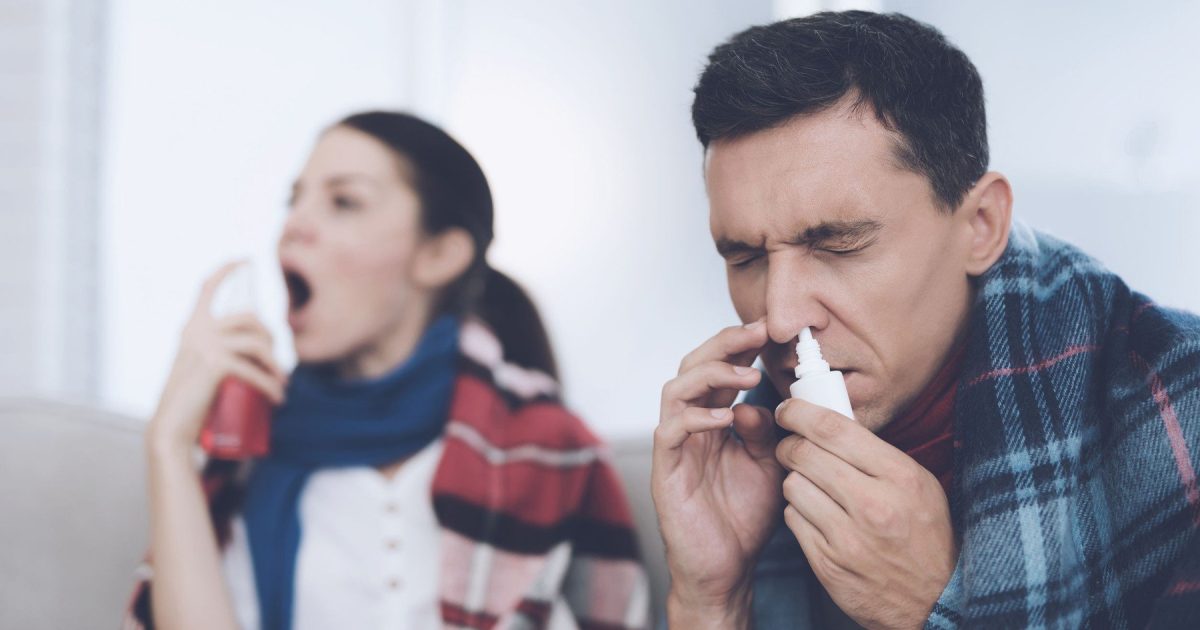 Even less aggressive viruses that do not cause serious illness can trigger an effective immune response. That proves it study researcher from New Haven Yale Hospital. At the same time, most patients in the study who had a cold caused by rhinovirus did not receive influenza A. The same was confirmed in the lung tissue model.

Listen to the entire Martina Mašková laboratory on the rivalry of influenza with colds, the rhythmicity of the brain and the effect of altruism on our health

The researchers manufactured the model tissue from stem cells from the lung epithelium. This is usually the first barrier to viruses. “What works in the connection between colds and flu A may not apply to the connection with coronavirus,” says immunologist Jan Cerny.

Interferons that have been able to beat the flu in current research are proteins that occur in the body at the beginning of a viral infection. To date, we know about twenty of them in humans, and medicine already works with some of them.

“The immune system works like a sleeping dog. The first virus will wake him up, so when the second one comes, ‘the dog is ready,'” explains the situation in our body by molecular and cell biologist Petr Svoboda, a researcher assigned to research that among other things, can help shorten the treatment of flu or cold.

“Some viruses choose a hit-and-run strategy,” Svoboda points out. The virus then continues rapidly and with varying degrees of severity for the host. In an experiment by American researchers, he was fascinated by the fact that the flu did not stop him while the cold prevented the flu.

Autoimmune diseases under a microscope. The discovery of Czech researchers may also contribute to the treatment of childhood diabetes

Initially, researchers believed that human immunity acted as an oppressive force in a police state, which still controlled everything and immediately destroyed anyone who found them dangerous, an infected cell in our body or a foreign particle. According to immunologist Jan Černý, however, it is gradually becoming clear that the body’s defenses are more similar to the work of firefighters.

The defensive components of our body can wait a very long time for an intervention, but the action is worth it. They must react extremely quickly, like firefighters, when they receive a danger signal. “If they turned off the National Theater, they would remember such an experience, they would leave immediately and quickly eliminate the next danger,” explains Černý.

The authors of the team at Yale University based the research on a three-year collection of data on more than 13,000 patients with symptoms of respiratory diseases. Researchers classify mild diseases caused by various viruses into the category of colds. What unites them is that they use the airways as a port of infection.

“Coronavirus is the cause of about 15 to 20 percent of all mild viral airways in the Czech population. Let’s hope covid-19 becomes the fifth,” the immunologist hopes. However, he points out that the causative agent of covid-19 is currently one of the largest RNA viruses, and that part of the genetic apparatus is used to produce substances that suppress our immunity.

Viruses have had (and still have) a chance to produce and modify such “sleeping pills” during their prolonged coexistence with humans or animals. “They have lived with us for so long that they have learned to play different games,” Jan Černý describes the situation. In addition to antiviral drugs, the world needs effective vaccines precisely because of the longer immune response.

While research from Yale University shows how short-term immune memory works, long-term defense against viruses is based on the development of antibodies in our bodies. “Trained T lymphocytes kill only the right enemy,” says immunologist Černý.

Unlike bacteria or yeast, viruses do not live. We must choose different strategies in the fight against them. “A virus is a program that uses our bodies to multiply, to create and spread new fox information,” says the researcher.

When the so-called noodles run out of the nose, it is a common defense mechanism against viruses that attack the peripheral epithelium of the airways. The nasal mucus from which we test is one of the barriers that the virus must overcome in order to develop in the infection.

“It’s like a virus trap that inactivates them. Viruses can be there, but they do not have to come any further,” says Petr Svoboda. Therefore, according to him, it is difficult to say who (and who is not) a carrier of a viral infection.

Listen to the entire Martina Mašková laboratory about the rivalry of influenza with colds, the differences in the rhythmicity of the brain and the effect of altruism on our health. Immunologist Jan Černý, molecular and cell biologist Petr Svoboda and actor and director Ondřej Kepka discuss.