According to the media, Volkswagen wants to go east, force it to produce cheap cars and compete with Dacia. "The challenge will be to give Škoda more capacity," Diess said. According to him, this is not a change in the company's strategy, on the contrary wants to support Skoda

"We will get involved, we will fight for the future. We are not sheep who look here how someone wants to hurt us. We want to continue We want have employment, future, good wages and bonuses here, "said Jaroslav Povšík, Chairman of the Labor Council.

In addition to the brand's possible focus, the unions do not like the fact that the new group's factory, to be built in Turkey, was originally intended for the Škoda brand, later combined for the Škoda and Volkswagen brands and now directly for Volkswagen. Skoda Bernhard Maier wrote in a letter to employees earlier that product orientation testing is one of the common tasks for the strategy department in a multi-brand problem. According to him, this is a normal procedure. For several years, Maier has stated that Škoda has followed a well-established brand strategy and a product strategy that has been very successful worldwide. "And it's not going to change anything in the future," Maier said.

Skoda Auto delivered 1.25 million cars to the world market last year. It operates three manufacturing plants in the Czech Republic, producing in China, Russia, Slovakia, Algeria and India, mostly through group cooperation, as well as in Ukraine and Kazakhstan in cooperation with local partners. It is active in more than 100 markets 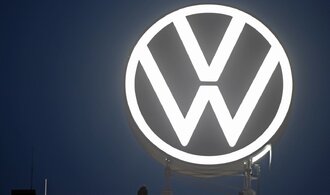 Lamborghini presents Sián Roadster, the design is bold even for the brand’s conditions

Nothing for the Spartans. In Mladá Boleslav he builds the modern Škoda Slavia