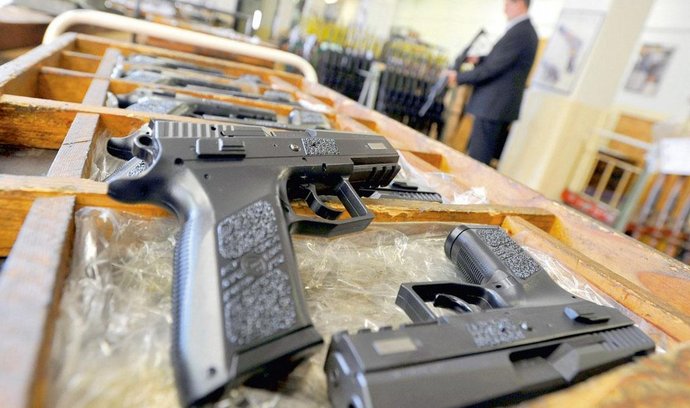 The growing sales and profits are driven by a production increase. The company has recently sold over 300,000 weapons each year. Exports accounted for almost 72 percent of sales last year, in 2017 it exceeded 87 percent. The company trades in more than 100 countries. "The largest foreign customers were the United States, South Africa, Canada, France, Thailand, Germany, Poland, Slovakia, Austria, Hungary, Australia and Italy 2018," said spokesman Radek Hauerland.

straight shooting pin in the compact version CZ P-10C, rifle rifles in series CZ 455/456 and Scorpion submachine guns EVO3. The company has developed a number of Shadow 2 sports guns on Optics Ready, a gun with the option of mounting an optical collimator, which is popular in the field of shooting sports. The same news, ie the possibility of mounting an optical collimator, got the gun P-1

The company is also successful in civilian production, dedicated to the automotive and space industries. The steady increase in the number of employees is also associated with gradual growth. Last year, the company had an average of 1738, ie. 51 more than 2017. Last year, Česká zbrojovka released more than CZK 400 million for investment. The company had five subsidiaries at the end of last year, three in the Czech Republic and one in Slovakia and the United States. Remaining 8.81 percent to Board members, senior executives and Česká zbrojovka a.s. The company's registered capital exceeds CZK 481.2 million.