Breaking News
Home / Health / Researchers have mapped ten million stars. Now they have handed down a judgment on extraterrestrial life

Researchers have mapped ten million stars. Now they have handed down a judgment on extraterrestrial life 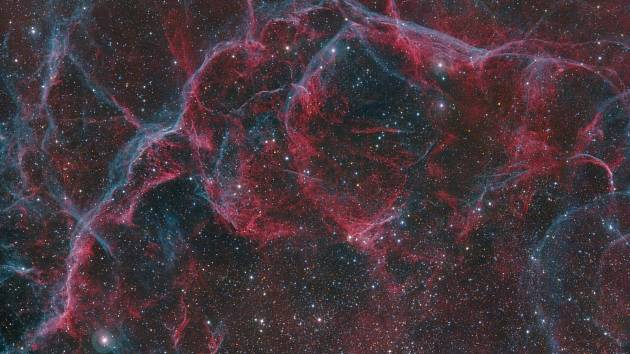 “It’s not disappointing,” said astronomers Chenoa Tremblay and Steven Tingay of Curtin University at the International Center for Radio Astronomy Research. According to them, research has shown how the search for extraterrestrial intelligence can become part of other astrophysical observations. The researchers published their findings in the professional title Astronomical Society of Australia.

Finding a mark on an extraterrestrial civilization is also difficult because we do not really know what technology such a civilization can develop, so we base all our research on what we know – that is, terrestrial technology and scientific theories. In the case of the MWA radio telescope, these radio signals are on frequencies similar to FM radio.

The universe will end in a huge explosion, physicists predict

Very low frequency radio waves can sometimes escape into space and from Earth if they pass through the inosphere – one such case occurred in 1996, when NASA’s polar spacecraft captured voices in space that appeared to come from radio communications.

According to the latest findings, emissions of very low frequencies around our planet create a giant “bubble”. If similar signals are also produced by aliens, and if these signals were strong enough, researchers believe they could detect them. But as it seems so far, we will not succeed in the constellation area Vela and the MWA radio telescope can not.

We search the pool to explore the sea

“MWA is a unique space telescope with an extremely wide field of view that allows us to observe millions of stars simultaneously. We observed the sky around the constellation Vela for 17 hours and explored it a hundred times wider and deeper than ever before. But we found no techno signature – no signs on intelligent life, says Tremblay.

The constellation Vela or in Czech also the constellation Plachet is a constellation in the southern sky, which seen from the earth may seem relatively insignificant, but it is much more busy than it seems. It contains the remains of the supernova Vela, which was also Tremblay’s attention.

There are at least ten million stars at different distances in the study area, so it is only a small stretch of the Milky Way that has an estimated 100 to 400 billion stars (or maybe more, depending on who you ask, according to Science Alert).

Therefore, it is not surprising that no signals were recorded in such a “small” galactic section. “As Douglas Adams writes in The Hitchhiker’s Guide to the Galaxy, the universe is huge. It’s really large,” Tingay said. “Even though we did a really big study, the amount of space we could study is about as if we were trying to find something in the Earth’s ocean by searching in the volume of water that corresponds to the garden pool.”

They may have techniques we do not know

NASA has discovered a faster and cheaper way to the moon. And she patented it

After all, a good example is humanity itself. It has deliberately been able to create radio waves only since the first radio transmission, ie. since 1895, and at a distance of 100 light-years from our planet, they would no longer be recognizable.

The dwarf planet Ceres hides a great secret. The bright spot is proof of that

However, researchers are not giving up their search and are using increasingly powerful technologies to do so – such as the Square Kilometer Array (SKA) radio telescope system under construction in South Africa and Western Australia. “Due to the increased sensitivity, SKA low-frequency radio telescopes will be able to detect Earth-like radio signals from relatively close planetary systems.” explains Tingay.

“With SKA, we will be able to study billions of star systems and search for techno signatures in other worlds astronomical oceans,” he adds.