Nostalgia for a world we can no longer live in. Three photographers in Ukraine captured Lost Europe – ČT24 – Czech TV 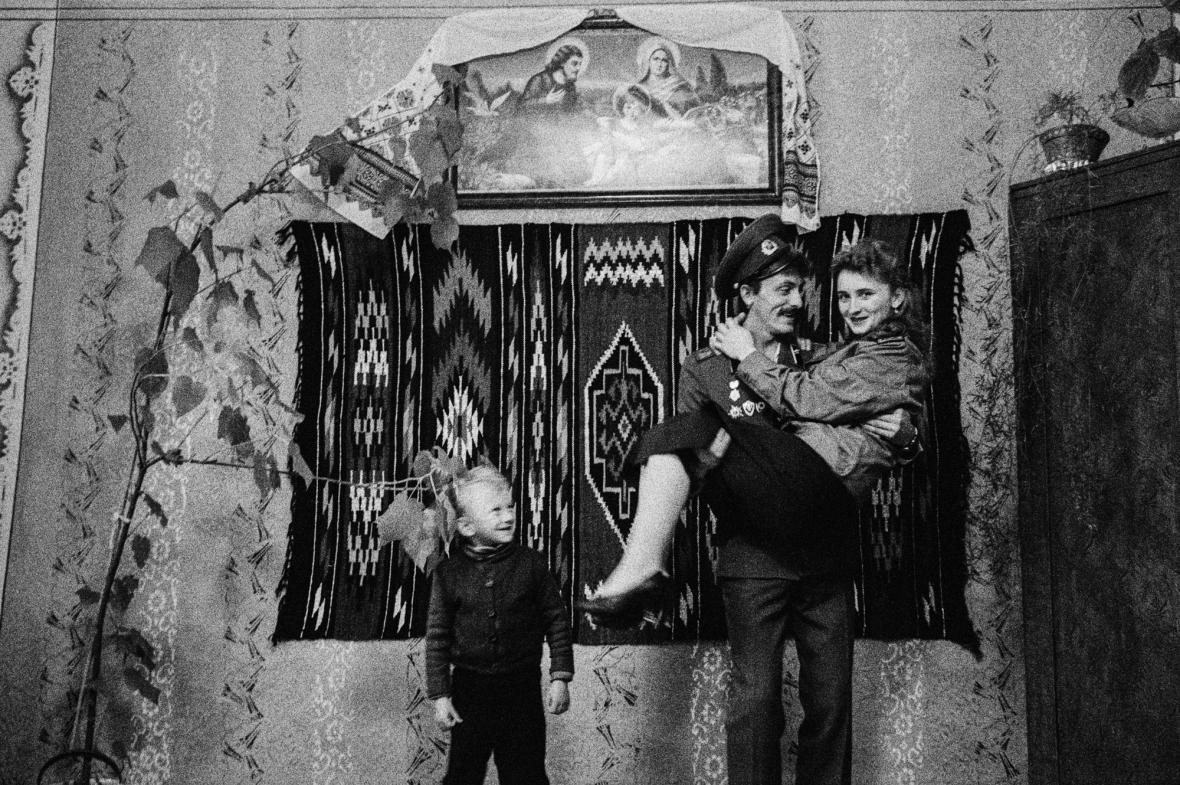 The authors documented Ukraine on their own, even during joint trips. For example, Karel Cudlín has returned to the East since the early 1990s. He thought it was interesting to see the dissolution of the Soviet empire through the lens of everyday life outside the city center.

“Ukraine is not a single entity. It is western Ukraine, sub-Carpathian Ukraine, eastern Ukraine. And big cities like Kiev, which are only minimal in the book, look completely different,” Cudlín states.

Martin Wágner perceives the country through his inhabitants. He likes to portray people in such a way that the photo does not even show when it was taken. There are no clear links in the form of clothes or time ads. “I would like to make poetic and a bit mysterious pictures. I do not always succeed, but I want my pictures to be pictures of life,”

It is not possible to appreciate when taking the best photo. It is therefore necessary to be prepared, advises Wágner. “When I went to Ukraine or Siberia, I always carried a camera on the border with Vyšná Nemecká – Uzhhorod and did not try to remove it until I was back in Uzhhorod. The moment I started driving, the number of pictures I was happy with decreased rapidly,” says he.

Interpretation of our emotions

According to Cudlín, the book should appear to the reader as if he were observing the surroundings when traveling by train. “We are not reporters, we do not record a specific event. We are documentary filmmakers and photograph feelings of life. Photography is not an interpretation of the truth, but an interpretation of our emotions,” explains Jan Dobrovský.

The chronological order of the pictures is not important because some things remain the same. “Of course cars have changed a bit, there are more PET bottles, people can have different clocks, but otherwise small towns and villages are similar. In addition, I shoot mainly in black and white and try to capture the world as I captured it many years ago,” says Dobrovský.

The authors state that the publication documents an end, which, however, cannot be perceived as a tragic or happy end. At the same time, through the work of all three creators, nostalgia permeates “truth”, even if, according to her, they could not adapt their current lives.

“What we all have in common is the idea of ​​the feeling of a lost childhood and youth. Something we have experienced in Europe – the joy and the simplicity of anxiety, the connection to the country, life in a cottage. It appeals to us all equally. We wanted to show that all this evokes pleasant feelings in us, but that we can no longer live in it, “concludes Dobrovský.