Genetic improvement of the brain against opiate dose – VTM.cz 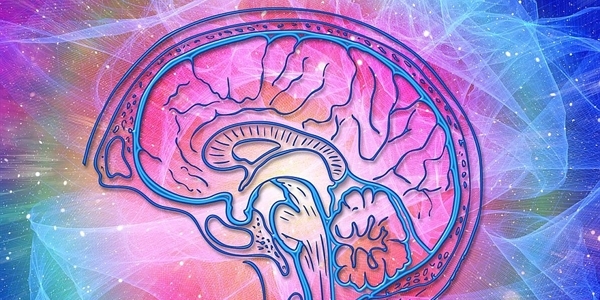 The opiate crisis is overshadowed by the coronavirus, but it is certainly not negligible. In the United States alone, tens of thousands of people die each year from opiate overdoses such as morphine and oxycodone. These drugs are traditionally used to relieve pain. To this end, modern medicine still does not have a corresponding replacement for opiates. However, opiates are highly addictive and in higher doses endanger the person with respiratory arrest with fatal consequences..

The unfortunate side effects of opiates are the result of an unfortunate coincidence. Opiates bind in the body of cells to protein molecules that are intended for completely different purposes. They receive short-chain signals from called amino acids endogenous opioid peptides. It belongs to this category endorphins a enkefaliny.

These are found in a part of the brain called brain beam. While endogenous opioid peptides are quite gentle on these nerve cells, opiates such as morphine and heroin act very strongly on them and suppress their functions. This can end in complete respiratory arrest and subsequent death by suffocation.

Experiments on mice have shown that when animals are disturbed by a gene that produces binding proteins for endogenous opioid receptors, they are deprived of high doses of opiates. The neurons in the brainstem of these mice are “deaf and blind” to opiates. However, the body’s cells are equally deaf and blind to endogenous opioid peptides, leading to a number of complications.

Neurobiologist Craig Stevens of Oklahoma State University presented an interesting concept for protecting opiate addicts from overdose in the pages of the Journal of Neuroscience Research. He suggests giving them a doctor modified the hereditary information about selected nerve cells in the brain, while everywhere leaving the genes for the production of endogenous opioid peptide receptors unchanged.

Blockage of genes in the brain

Craig Stevens is convinced that such genetic modification of selected brainstem neurons is technically feasible. He suggests using a modern genetic engineering tool called CRISPR-Cas9. This allows you to make a targeted intervention in a precisely selected place for hereditary information. Stevens also proposes a way to get CRISPR-Cas9 into the respiratory regulating brain stem nerve cells.

The CRISPR cell tries to correct the “hole” but usually makes mistakes that “contaminate” the gene. The gene is thus removed from function and no proteins are formed according to it.

Stevens suggests that CRISPR-Cas9 be directed against the endogenous opioid peptide receptor gene of the addict’s brain stem so that CRISPR-Cas9 entered respiratory nerve cells. It may seem like science fiction at first glance, but Stevens believes it can be done with help IMI devices (Intracranial Microinjection Instrument) developed by Harvard researchers.

IMI can insert a very thin capillary at a preselected site in the brain and then inject a small amount of fluid there.. The capillary is only twice as thick as a human hair and can be inserted into the patient’s brain through the occipital opening in the skull. It penetrates the nerve tissue without damaging it. The procedure is fairly painless because the brain is not equipped to perceive pain, even though it registers it from other parts of the body. Only the penetration of the capillary through the skin and tissues of the neck is painful.

The computer, which controls a robotic instrument with a capillary, controls capillary insertion into the brain. The computer follows a “map” obtained by magnetic resonance imaging of the patient’s brain. In addition, the capillary is equipped with a measuring electrode that registers the activity of surrounding nerve cells. This enables researchers to target the intervention really precisely.

When CRISPR-Cas9 knocked out opioid peptide receptor genes in target neurons, cell-binding proteins would rapidly begin to disappear from the cell surface.. They have a half-life of only 45 minutes and must then be replaced with newly produced proteins.

However, the supply of these proteins would stop after the gene has been blocked. Respiratory regulatory nerve cells in the brainstem would be insensitive not only to endogenous opioid peptides but also to opiates within twenty-four hours. Since these nerve cells are not regenerated in the brainstem, the effect would be permanent. In people with such altered DNA from selected nerve stem cells, an overdose of opiates would no longer cause respiratory arrest..

In the United States alone, the economic losses associated with opiate dose deaths reach an astronomical amount of $ 430 billion annually. Stevens is convinced that if only one tenth of the deaths could be prevented, it would save many lives and, last but not least, save 43 billion. But his article does not mention how serious drug addicts will behave after this intervention would give them “immortality” after taking high doses of opiates.