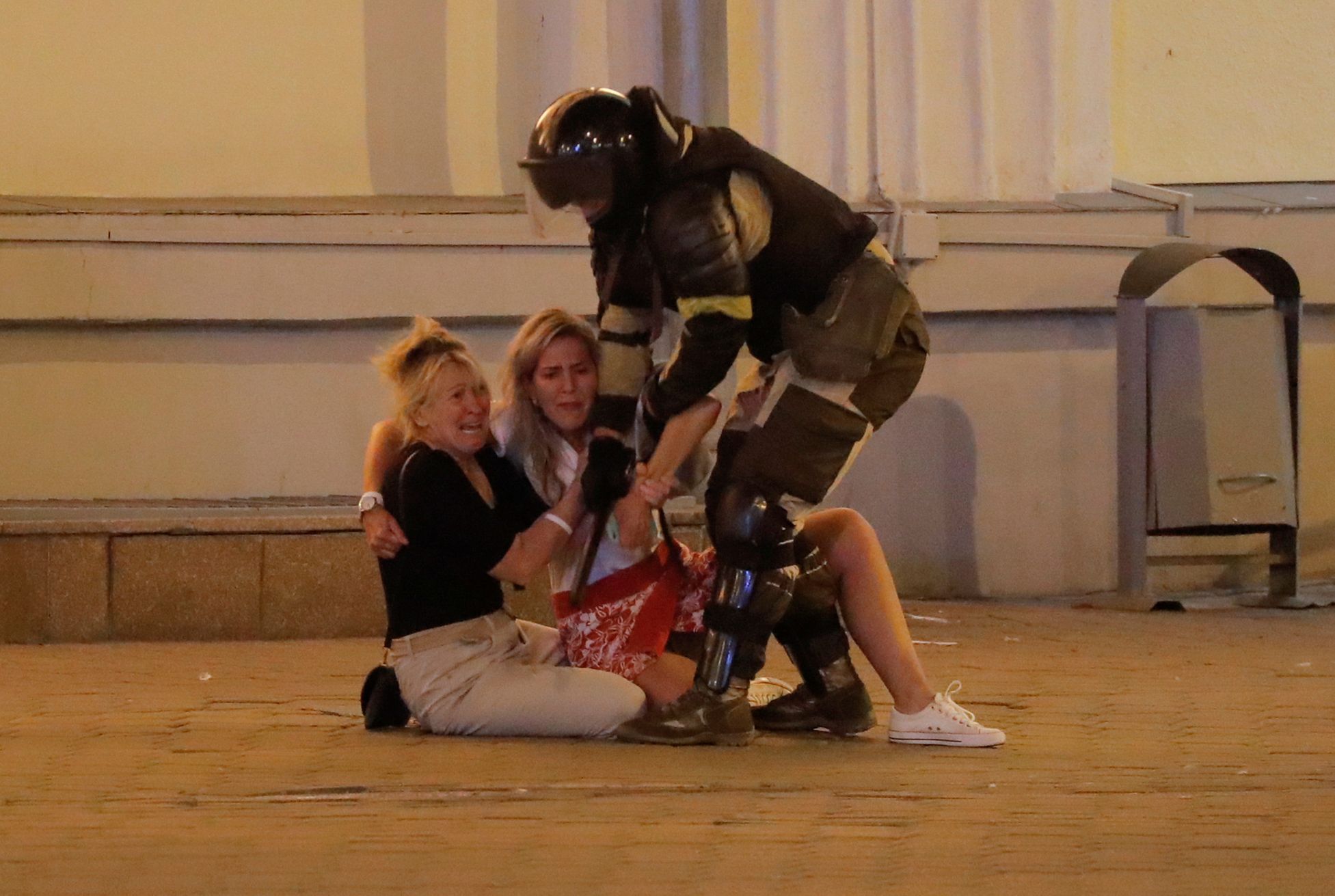 The next day, Belarusian police cracked down on protesters, occupying the center of Minsk. According to Reuters witnesses, she used tear gas and substances against them. Crowds in the streets are protesting against the conduct of the presidential election, where Alexander Lukashenko won again. Dozens of people are injured, including journalists.

In some parts of the city, people are building barricades from flower pots, rubbish and other things they find on the street, the Polish television station Belsat, which broadcasts in Belarus, said on Twitter. A journalist from the Belarusian newspaper Naša Niva also suffered a leg injury when he fired rubber bullets used by men in military uniforms without marking on one of the streets of the Belarusian capital.

Videos from Pushkin Street, which were filled with a column of bending cars, are also broadcast on social networks.

However, the protests are also taking place in other places, such as Mazyr, Grodno, Navapolack and Brest. According to photos on social networks, the police also crack down on people on the streets.

The demonstrations were to begin in central Minsk at 1

9:00 local time (18:00 CET), but due to ubiquitous police, activists have agreed on “Plan B”, according to information on social media. According to him, people should first meet in different districts and only larger crowds should gradually move to the center. According to photos on social networks, however, the police also intervened against smaller groups of people, which they tried to divide.

Protesters gathered in small groups around Minsk, so the riot police come to them by minibus to beat and disperse these small, non-threatening crowds. Shameful behavior by the Belarussian authorities. #Belarus. pic.twitter.com/R7iLUqEcI7

According to the Central Election Commission, Sunday’s presidential election was overwhelmingly won over by the current authoritarian leader Alexander Lukashenko. However, there is increasing information about the rigging of the elections, and the presidential opposition candidate, Sviatlana Cichanouska, has previously announced that she does not recognize the result. Today, she lodged a complaint with the Central Election Commission, requesting a report.

The head of the Belarusian KGB announced that security forces had prevented an assassination attempt on the opposition candidate. No further details are known yet. In connection with Cichanouska, rumors began to spread on social networks on Monday night, some referring to her team, that no one knew where the presidential candidate was. At four o’clock in the afternoon local time, she entered the Central Commission building to lodge a complaint about the election, and her lawyers then left the Commission, but according to some information, she did not. He reportedly does not even answer the phone. The information was not officially confirmed by anyone around her. However, the Lithuanian Foreign Minister, who expressed concern about his security on Twitter, could not contact her.

The Central Election Commission told RIA Novosti that Cichanouská had left the building normally after the complaint was lodged, as no one was left in the building after seven o’clock in the evening.

Gypsy voters did not call in the streets. She will not take part in the protests herself, her spokeswoman said. He fears that the security forces would use this step for provocations. “They would try to stop it and we need it in a big way,” a spokeswoman for the AFP agency said of the statement.

In response to the events surrounding the election and falsification of the results, thousands of protesters took to the streets of Belarusian cities tonight, and the police pulled them down. According to official figures, 3,000 people were arrested and dozens injured. The human rights organization Vyasna also reported a death, but it turned out that the man was seriously injured but alive, Reuters reported.

The system ceases to function, the regime is in the weakest position in 26 years, says a native of Minsk and departure coordinator Kryścina Šyjanok. | Video: Martin Veselovský