CVS boss calls the police on black woman over the coupon 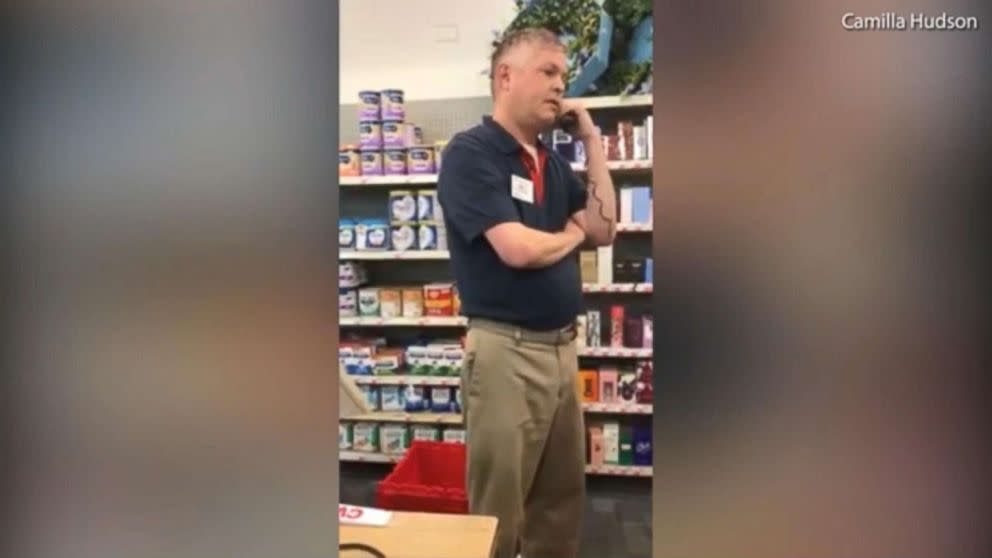 A black woman said that a CVS store manager in Chicago called the police after questioning the legitimacy of her coupon – and published the confrontation on social media in a video that had gone viral.

Camilla Hudson told ABC News that when she entered the CVS in Edgewater Glen on Friday night and the coupon did not work, Chief Morry Matson asked for help from another supervisor. That's when the unidentified boss questioned if the coupon was deceptive.

"By saying that it's deceptive and it looks handwritten, which did not mean to me, he called [the manager assisting Matson] me essentially a liar, a thief, a forger," Hudson told ABC News.

Matson then called the police – and Hudson started recording him with his mobile phone.

During the telephone conversation with the police, Matson, who seems to be visible shaking, describes Hudson as "African-American", which she answers "Black."

"No, I'm not African-American, I'm Black", she can be heard and said by a camera. "Black is not a bad word."

Hudson said in her Facebook post that three officers responded to Matson's conversation, and she spoke to them before leaving the deal. She said the police then told her that Matson, employed by CVS, had the right to ask her to leave the property. She says she did not have to do it until the officers arrived.

Police Department in Chicago said officials responded to a call on "an ongoing abuse."

"Police were informed that a woman was in the shop threatening staff and refused to leave," the department said in a statement. "The victim did not pay taxes and no police report was submitted."

But Hudson said she was just angry because of the accusation that she would try to use a fake voucher.

"There was no intention that there was no agenda, I was only upset. I had been confronted, I had been called a liar, a thief, a forger, a coupon at a pharmacy. So I did my post and it was only when I got home I did Add a review on CVS website. I added the video to my original post and then blossomed and grown to what it is now, "says Hudson ABC News.

A CVS spokesman said that the latter contacted Hudson. The company said in a statement that it has begun an "investigation".

"We will take some corrective actions that are justified to prevent it from happening again," said the spokesman. "CVS Pharmacy does not tolerate any practices that discriminate against any customer and we are committed to maintaining a welcoming and versatile environment in our stores."

Matson declined to comment on ABC News about the event.

This event follows a new line of what some people call racist inci dying around the country that has gone viral online. Many of these incidents are generally followed by criticism of social media.

Earlier this month, an unidentified white woman in Georgia threatened to report a black woman to smoke in a parking garage.

In June, a woman in Oakland called the police on a young black girl selling water bottles outside her apartment complex.

And in May, Jennifer Schulte, a white woman, called the police on a group of black people who lawfully barred at a public park in Oakland.