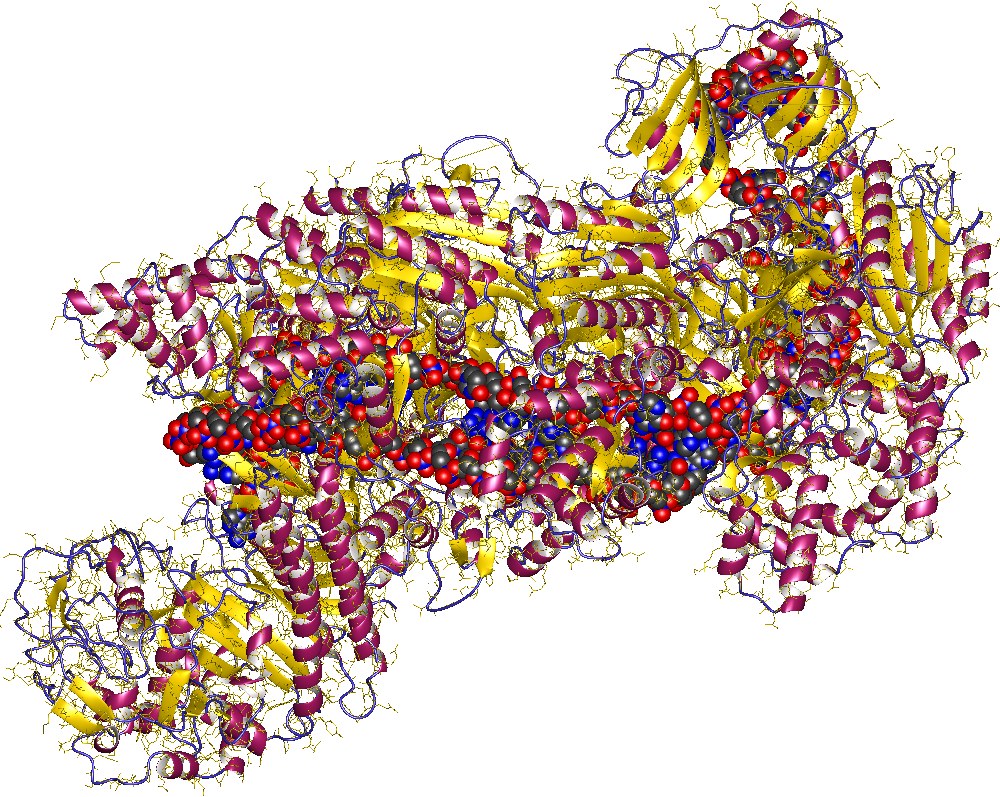 Many of the world's most common or deadly human pathogens are RNA-based viruses — Ebola, Zika and flu, for example — and most have no FDA-approved treatments. A team led by researchers at the Broad Institute of MIT and Harvard has now turned a CRISPR RNA-cutting enzyme into an antiviral that can be programmed to detect and destroy RNA-based viruses in human cells.

Researchers have previously adapted the Cas1

3 enzyme as a tool to cut and edit human RNA and as a diagnostic to detect the presence of viruses, bacteria, or other targets. This study is one of the first to harness Cas13, or any CRISPR system, as an antiviral in cultured human cells.

The researchers combined Cas13's antiviral activity with its diagnostic capability to create a single system that may one day be used for both diagnose and treat a viral infection, including infections caused by new and emerging viruses. Their system, called CARVER (Cas13-Assisted Restriction of Viral Expression and Readout), is described today in Molecular Cell .

"Human viral pathogens are extremely diverse and constantly adapting to their environment, even within a single species of virus, which underscores both the challenge and need for flexible antiviral platforms, "says Sabeti, who is also a Howard Hughes Medical Institute investigator. "Our work establishes CARVER as a powerful and rapidly programmable diagnostic and antiviral technology for a wide variety of these viruses."

The need for new antiviral approaches is urgent. In the past 50 years, 90 clinically approved antiviral drugs have been produced, but they treat only nine diseases — and viral pathogens can rapidly evolve resistance to treatment. Only 16 viruses have FDA-approved vaccines.

To explore new antiviral strategies, the team focused on Cas13, which naturally targets viral RNA in bacteria. The enzyme can be programmed to target specific sequences of RNA with few limitations, is relatively easy to get into cells, and has been well-studied in mammalian cells by researchers including Broad Institute core member Feng Zhang.

The team first screened a suite of RNA-based viruses in search of viral RNA sequences that Cas13 could efficiently target. They primarily looked for pieces that are both least likely to mutate and most likely, when cut, to disable a virus.

"In theory, you could program Cas13 to attack virtually any part of a virus," explains Myhrvold. "But there is huge diversity within and among species, and much of the genome change is rapidly evolving as a virus. If you are not careful, you could go for a target that will ultimately have no effect."

The researchers computationally identified thousands of sites, in hundreds of viral species, that could be effective targets for Cas13.

With a list of potential viral RNA targets in hand, the team could then program Cas13 to look for and cut any of these nucleic acid sequences by engineering the enzyme's guide RNA.

The researchers experimentally tested Cas13's activity in human cells infected with one of three distinct RNA-based viruses: lymphocytic choriomeningitis virus (LCMV ), influenza A virus (IAV), and vesicular stomatitis virus (VSV). They introduced the Cas13 gene and an engineered guide RNA into the cells, and 24 hours later, exposed the cells to the virus. After another 24 hours, the Cas13 enzymes had reduced the level of viral RNA in cell cultures by up to 40-fold.

The team further explored Cas13's effect on virus infectivity — in other words, how much of the remaining virus could actually continue to infect human cells. The data indicated that eight hours after viral exposure, Cas13 had reduced the infectivity of the flu virus by more than 300-fold.

"We envision Cas13 as a research tool to explore many aspects of viral biology in human cells," says Freije. "It could also potentially be a clinical tool, where these systems could be used to diagnose a sample, treat a viral infection, and measure the effectiveness of the treatment — all with the ability to adapt CARVER quickly to deal with new or drug-resistant viruses as they emerge. "

CRISPR enzyme protects bacteria by turning infected cells on themselves