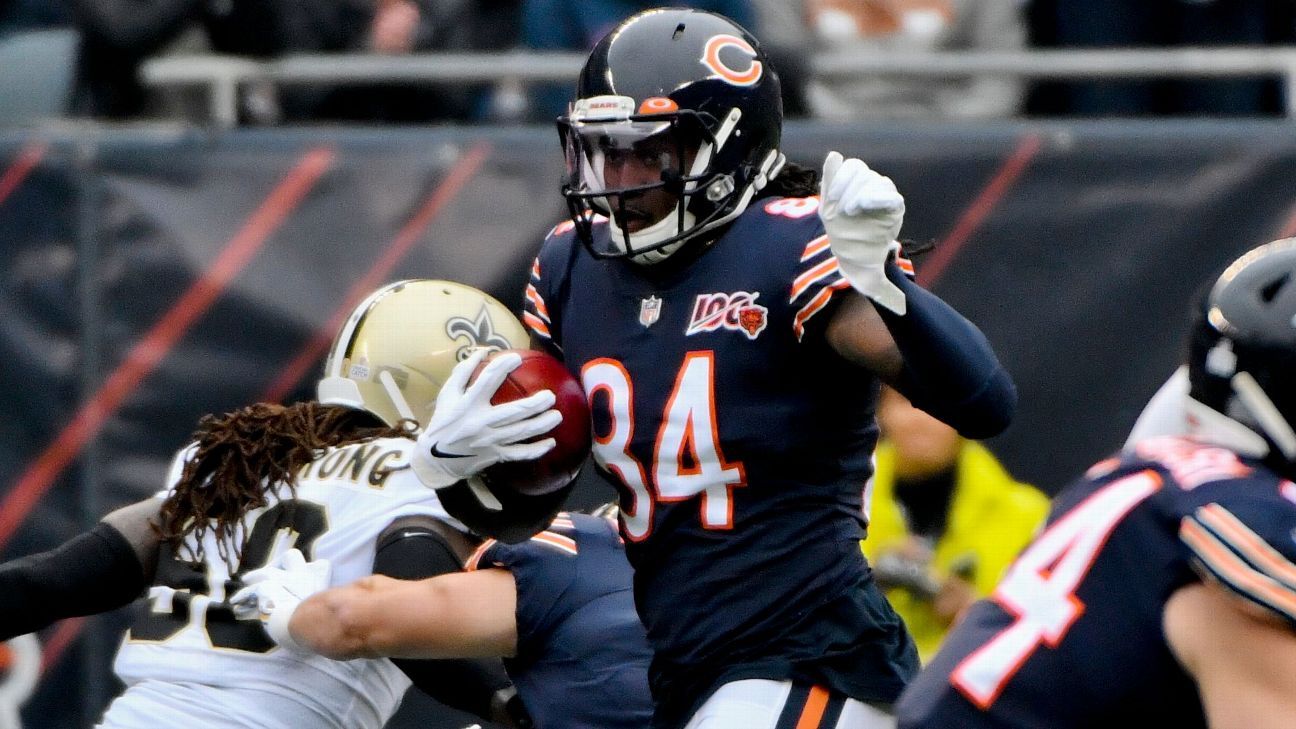 The New Orleans Saints had just jumped out to a 9-0 first quarter lead when Patterson dropped a kickoff 2 yards deep into his own end zone and surpassed the Saints' cover unit 102 yards for a touchdown.

Patterson's kick-return touchdown was the first of a Bears player since Chris Williams 2014 versus the Packers.

Patterson leads the NFL with seven kickoff return touchdowns since entering the league in 2013. No other player has more than two in that range, according to ESPN Stats & Information.

This was also his fifth career kickoff return of at least 100 yards, extending his own record for most of any player in NFL history.