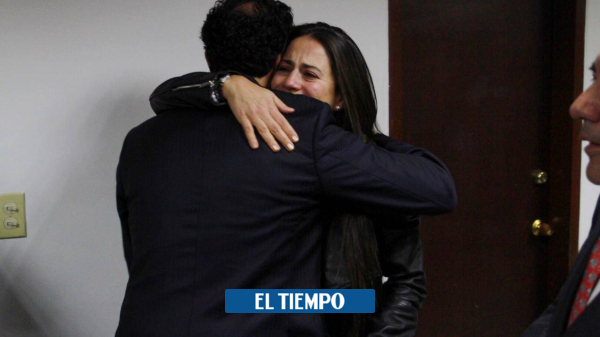 The Prosecutor's Office appealed on Friday before the decision of a Bogotá judge to acquit the brothers Rafael and Catalina Uribe Noguera, who were charged with concealing, altering or destroying evidence in the case of the murder of Yuliana Samboni, in the hands of Rafael Uribe Noguera .

In a 14-page document known by EL TIEMPO, the Prosecutor's Office Bogotá asks the High Court to revoke the verdict and condemn them.

The Prosecutor considered that the court rejected evidence presented by the Prosecutor. In addition, "who derived the analysis and avoided the assessment of evidence and delegitimized relevant facts duly accredited."

For the Prosecutor's Office there is evidence that information was removed from Rafael Uribe Noguera's mobile phone and that the real purpose of the accused with that act was to prevent it being used as evidence against his brother.

"As has been shown, it is wrong to eliminate with reasonable doubt" Catalina and Francisco Uribe Noguera, the prosecuting body says, "for having considered that the Prosecutor's Office failed to prove the probative summons for the information being removed from Rafael Uribe Noguera's cellphone. "

The Prosecuting Body considers "the existence of, beyond all reasonable doubt, the existence of the facts of the indictment and their responsibilities in the commission of the said conduct. August 9. The brothers Francisco and Catalina Uribe Noguera have defended their innocence throughout the process. .

“Young people seek refuge in routines that lead to depression”

Researchers are creating the most famous fluorescent material