Colombian avocado travels to sea to Japan How long does it take? – Business – Finance 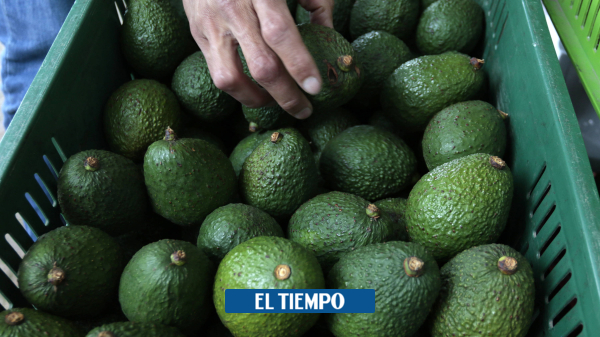 Twenty tonnes of avocado produced in Colombia were the first to leave the country (from the Teresita orchard, in Quinchía, Risaralda) to conquer the Japanese in the Tokyo markets.

The company Cartama is what makes the shipment, with the support of ProColombia, to achieve this achievement which will take 24 days by boat, a journey that began since November 7.

When the first shipment, the goal of Cartama's leaders is to send a weekly container to deliver 75,000 tons per year to various destinations.

In the case of Japan, it is striking how it was made for packaging and transporting such a delicate product to such a remote place.

The use of substances to prevent disease, filters that absorb ethylene (natural maturation gas) in different parts of the container, modified atmosphere, low temperatures and harvest the fruit with a suitable percentage of the dry matter (maturity index) were the strategies used by the producer. For the rest, the road departs from the port of Buenaventura, in Colombia, until it reaches the port of Yokohama, in the East Asian country.

2 700 hectares, the extension of the avocado plantation that the Cartama company has in three departments

According to the spokesman for the exporting company, Japan is a very promising market given that avocado is still a novelty for them. In fact, average per capita consumption is only 0.5 kg per capita, while the country's population exceeds 127 million inhabitants.