Álvaro Uribe’s hearing: he will continue in custody 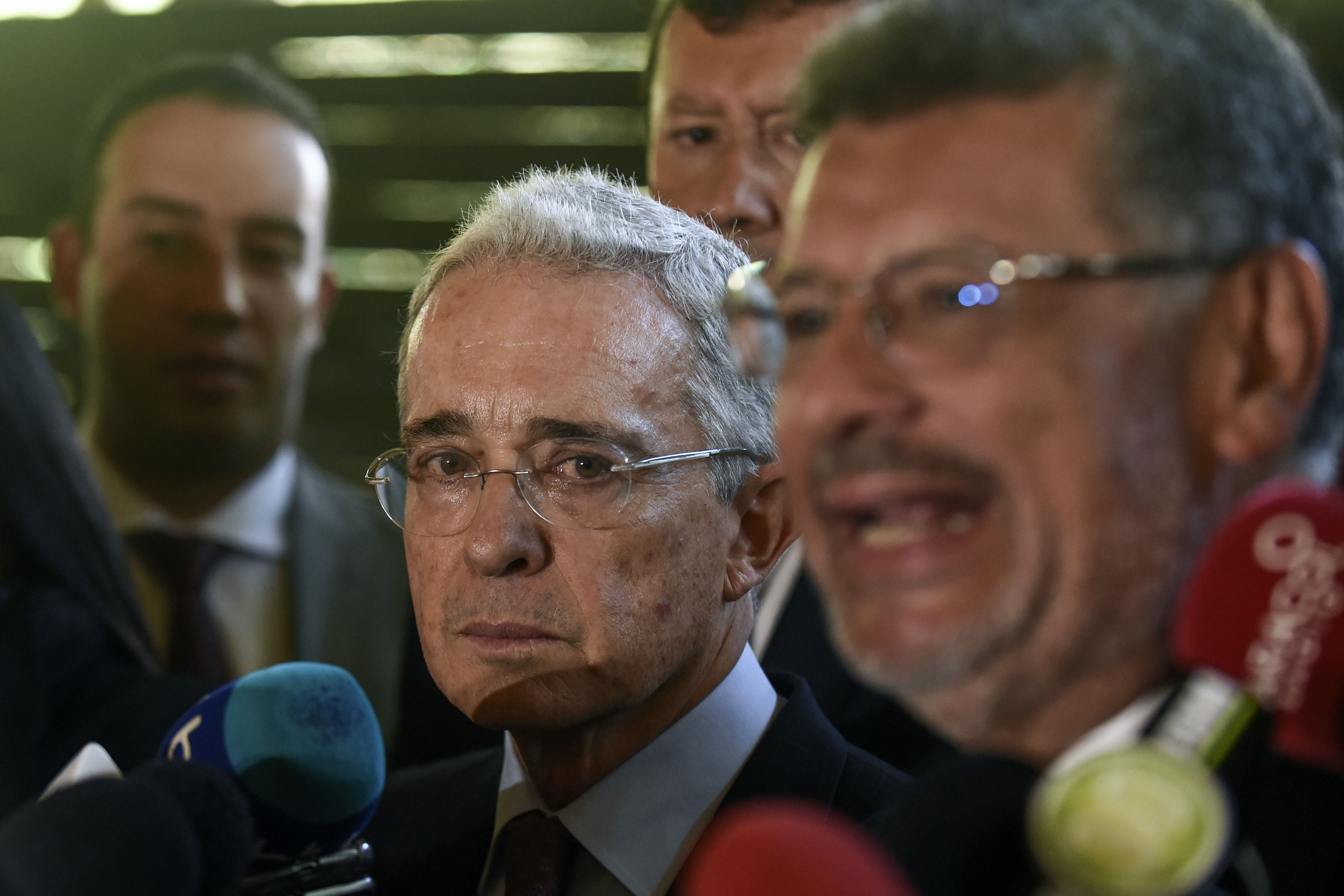 The 30 Municipal criminal judge with warranty check function returned to the Supreme Court the process that is advancing towards former senator Álvaro Uribe Vélez for alleged bribery of witnesses and procedural fraud, who is under house arrest.

As explained by Judge 30, the plenary session of the Supreme Court must define the substance of the matter; that is, what is the law on which the process against Uribe is to be carried out: if it is law 600 from 2000 (old legal system) or if it is law 906 from 2004 (current accusing criminal system).

With the decision of the Supreme Court Judge, clarifies who has jurisdiction over the request for release as Uribe̵

It is worth mentioning that If the process continues according to Act 600, the prosecuting authority must resolve the petition. However, if it is defined that the criminal prosecution system is to be applied, will be a municipal criminal judge with a guarantee control function that defines it.

Meanwhile, diligence interrupted while The Supreme Court decides on the judge’s request, therefore, former Senator Uribe must continue to be deprived of his liberty.

But the referee 30 stated during his speech that he believes that the process should continue under Law 906, given that Uribe resigned from the Senate in August last year, so that Team 600 lost competence when he resigned as a congressman.

“The position of the Court is consistent with the prosecutor’s office, the representative of the public ministry and the defense lawyers for Dr. Álvaro Uribe Vélez, concerning the fact that must now continue under Law 906 of 2004, perspective from which it would obviously have the competence to resolve another request, ”the judge pointed out.

In that sense, he explained it There is a conflict of power that must be resolved by the hierarchical superior, that is, the Supreme Court.

Read here: The prosecutor and the person responsible will support the demand for clarification of the Petro case

The judge declared that the Supreme Court is the ideal clarify whether there is competition or not and what is the law on which this case is to be pursued.

“Must then to treat the incident with a definition of competence, according to which it is ordered to refer the action to the hierarchical superior, “he said.

He also explained it until the conflict of competence is clarified, the diligence as it The former congressman’s request for release will be suspended.

It is worth mentioning that lawyer Reinaldo Villalba, defender of senator Iván Cepeda, considered a victim in the process, and who argued for it Alvaro Uribe Velez must be tried in the old penal system, that is, by law 600 from 2000, and not by the new one established by Ley 906 of 2004.

See also: The court sent the indictment against Uribe for massacres in El Aro and La Granja

“We know that Article 29 of the Constitution establishes the fundamental right to due process and within it, it is established that it must be judged on the basis of the laws that exist the document attributed and the norm in this specific case with the Congressman is Act 600 and not 906 of 2004; “the norm has exceptions such as the criminal retroactivity of the favorable norm and the general effect of the procedural norms and speaks of favoritism, it must be said that when two systems coexist, favoritism is defined if and only if, in both systems there is the same figure”, Sa Villalba.

This request was supported at the time by former prosecutor Eduardo Montealegre and former deputy prosecutor Jorge Perdomo, who asked to be considered a victim in the trial against former Senator Álvaro Uribe Vélez.