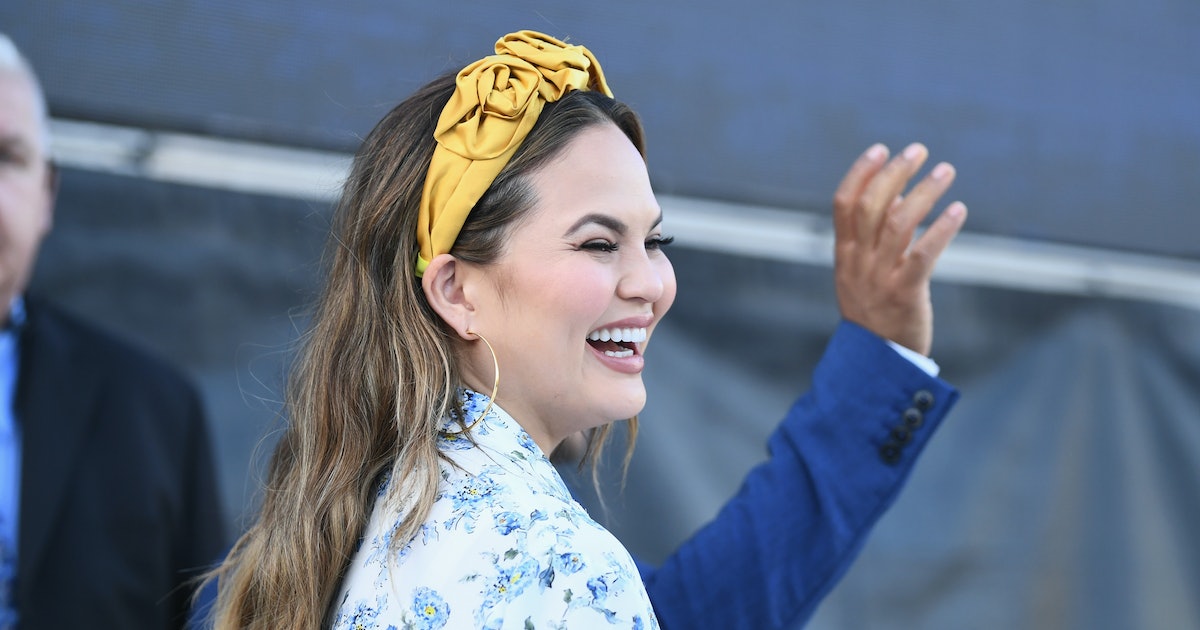 I do not know about you, but the accounts I follow on Instagram are quite the eclectic variety of people and devices. There are of course personal friends and family. But after that it's a hodgepodge of celebrity parents and bloggers, political figures, restaurants, parody accounts, gymgirls and much more. For the most part, however, I confess that I'm in it for the beautiful baby / children photos – whether they are from celebrities or average Joe friends who recently had children. I can not get enough! And seriously, Chrissy Teigens pictures of her family zoo trip are the cutest things you will see all day.

1, Chrissy Teigen shared a series of photos from her day in the zoo with her husband John Legend and their two children, Luna, 2 and Baby Miles, People reported. Her first Instagram post featured Luna roaring strongly next to a statue of a crocodile. Mum with two easterly shot with "" Rawr! An instagram used to write: "She's just PRECIOUS!"

Another person commented: "She's just so cute it hurts."

The next photo featured all four members of the Legend / Teigen bungan close and personal with a living zoo animal – even though mom in two had zero thoughts about which animal actually lay on the Legend's shoulder." No idea about what animal this is but I love it, "she wrote the shot. Fortunately, some of her followers did. One person commented," It's an adorable binturong! I used to work at the San Diego Zoo – smelled like popcorn? "

Another follower chimed in with a similar feeling and wrote:" It seems to be an older binturong They're cute! Have you noticed his fragrance …. "

Another person was joking:" Is not it a Tasmanian firepower? "OH MY GOD GETS IT FROM HIM! LOL This is a big family moment."

The third and last zoo moment came in the form of a video of 2-year-old Luna who talks excitingly to an animal. Teigen explained that her daughter's children talked and wrote: "OH MAMA YOU ARE SOOOO …. HAPPY! (She calls each animal mother _____ or dada ______ depending on how masculine or feminine they look)" From the look of the comments on this, It seems that the Teigen's followers experienced full-on cuteness overload. One person wrote: "She's amazing. I love her little voice."

Another follower commented, "It's literally the cutest friggin thing."

Another Instagram user acknowledged: "OMG, I can not stop watching this video lol She is adorable !!"

For the record, Legend and Teigen seem to have made a trip to the zoo an annual family store. In June 2017, she and Legend took some Luna – only one at the time – for a first zoo visit, ET Online reported. "Time for a zoo visit! #LunasFirstTour," Legend captioned an Instagram shot of his then family of three.

In addition to documenting zoo visits with his adorable family, Teigen has also kept companions regularly updated about her life as a mom of two since birth to baby Miles in May, Us Weekly reported. Like this photo of Miles snoozing in a wrap.

Or this shot of Teigen tandem ammar Miles and one of Luna dolls. (LOL.)

And this clip of Teigen and her "puppies".

So yes. I'm pretty sure that her million Twitter and Instagram followers have loved the model's raw, adorable and often hilarious look in parenthood to a toddler and baby. And based on Chrissy Teigens latest pictures, I would say that the family had a memorable Saturday visit with animals in the zoo. My husband and I make it a point to visit the zoo once a year – more than one trip per summer is overkill for us. (Probably to keep track of three children in the zoo is stressful AF and exhausting.) But as I'm sure Teigen and Legend have discovered, the pictures – and the memories that come with them – make the effort worth the end.