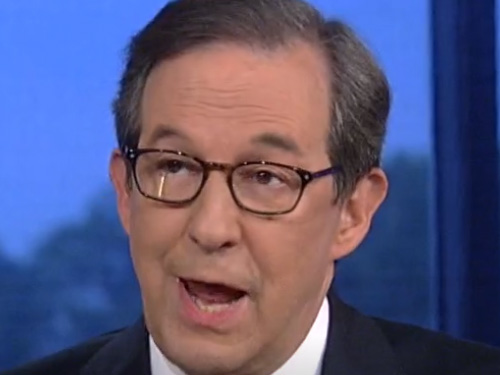 "Fox News Sunday" hosted Chris Wallace asked State Secretary Mike Pompeo about the President's comments this week that he would accept opposition research on a political opponent from foreign governments:

TRUMP: Someone comes up and says hello, I have information about your opponents you call the FBI? I don't think – I tell you what?

GEORGE STEPHANOPOULOS, ABC NEWS ANCHOR: If it comes from Russia, do it.

TRUMP: I've seen a lot of things over my list, I don't think my whole life I ever called the FBI. During my whole life. You're not calling the FBI. Life doesn't work that way.

STEPHANOPOULOS: The FBI director says that is what should happen.

WALLACE: Does the research of a foreign government accept right or wrong?

POMPEO: Chris, you asked me not to call any of your questions ridiculously today. You can really close there.

President Trump has been very clear. He clarified his comments later. He made it very clear, even in his first comments, he said I would do both. He said he would call the FBI.

POMPEO: President Trump has been very clear that he will always make sure he gets it right for the American people and I am convinced that he will do this too.

WALLACE: Well, at risk of getting your irre, the president "FOX and Friends" said on Friday, and I agree he went back to it.

POMPEO: No, he didn't go back it's Chris.

WALLACE: Yes, he did, because maybe he said on Thursday and then on Friday at "FOX & Friends", he said he would listen first, and then, if the information was bad, that he would take it to the FBI or the Advocate General. But he also made it clear to George Stephanopoulos that he did not see this as foreign involvement.

I want to play a clip of the president's own words.

TRUMP: I think you might want to listen. I do not ̵

1; there is nothing wrong with listening to. If someone called from a country, Norway, we have information about your opponent, oh, I think I would like to hear it.

STEPHANOPOULOS: Do you want that kind of disturbance in our choice?

TRUMP: There is no interference. They have information. I think I should take it.

WALLACE: He says there are no disturbances, its information. The country, gentleman, and I don't have to tell, has a long history that goes back to George Washington and says that foreign involvement in our election is unacceptable.

POMPEO: Chris, President Trump also leaves it. I have nothing to add. I came to talk about foreign policy and I think for the third time you have asked me about a Washington silliness that chased the story that is inconsistent with what I have seen President Trump do every day.

WALLACE: I'll leave it there. I think I just asked you twice, but that's okay.