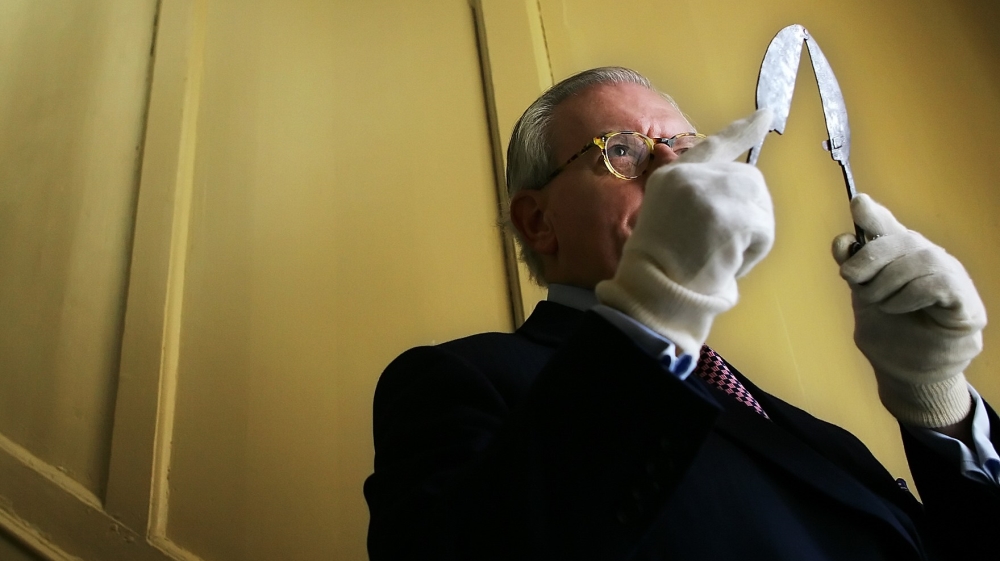 British historian and TV presenter David Starkey has renounced his honorary scholarship at a University of Cambridge college after he raged for his comments about black people and whether slavery should be considered genocide.

Starkey said in an interview for a YouTube show posted online Tuesday: “Slavery was not genocide, otherwise there wouldn’t be so many damn blacks in Africa or the UK, would it?”

The comments made Sajid Javid – a former finance and home minister who has spoken about how his Pakistani father faced discrimination after coming to the UK – to call Starkey racist.

“We are the most successful multiracial democracy in the world and have much to be proud of,” Javid tweeted on Thursday.

“But David Starkey’s racist comments (‘so many fucking blacks’) are a reminder of the scary opinions that still exist.”

We are the most successful multiracial democracy in the world and have much to be proud of. But David Starkey’s racist comments (“so many fucking blacks”) are a reminder of the scary opinions that still exist.

The head of Fitzwilliam College contacted the historian following his remarks on the YouTube channel Reasoned UK.

It issued a statement saying that although Starkey did not hold a teaching position, honorary fellows have the same responsibility as all college members to uphold their values.

“Fitzwilliam is proud to lead the way in Cambridge in opening up access to higher education for under-represented groups,” the statement reads. “Our student and academic bodies are different and welcoming to everyone. We do not tolerate racism.”

Others associated with the historian quickly distanced themselves from him. His publisher, Harper Collins, said it would not publish future books by Starkey and that people in the company “reserve” the “disgusting” comments he made in the interview.

“Our last book with the author was 2010, and we will not publish any additional books with him,” it said.

“We are reviewing his existing backlist in the light of his comments and opinions.”

In the interview, Starkey also said that “honest teaching” about the British Empire would characterize the territories that Britain claimed as colonies and protectorates as “the first key phase of our globalization. It is probably the most important moment in human history and it is still with us. “

Starkey, a well-known television personality in the UK, has published more than 20 books, including many about the Tudors.

Can’t speak for my employer but as someone who teaches history at Cambridge I am ashamed of our contacts with David Starkey and urge both the university and Fitzwilliam College to cut all ties with him. pic.twitter.com/maumGQxeTV

Darren Grimes, the right commentator who conducted the interview with Starkey, tried to separate from the historian’s remarks.

“Hand on heart, I wasn’t involved enough in this interview that I should have been,” Grimes said in a statement.

“I should have questioned robust Dr. Starkey about his comments.”

Puerto Ricans tried to vote, but a lack of votes created chaos: NPR