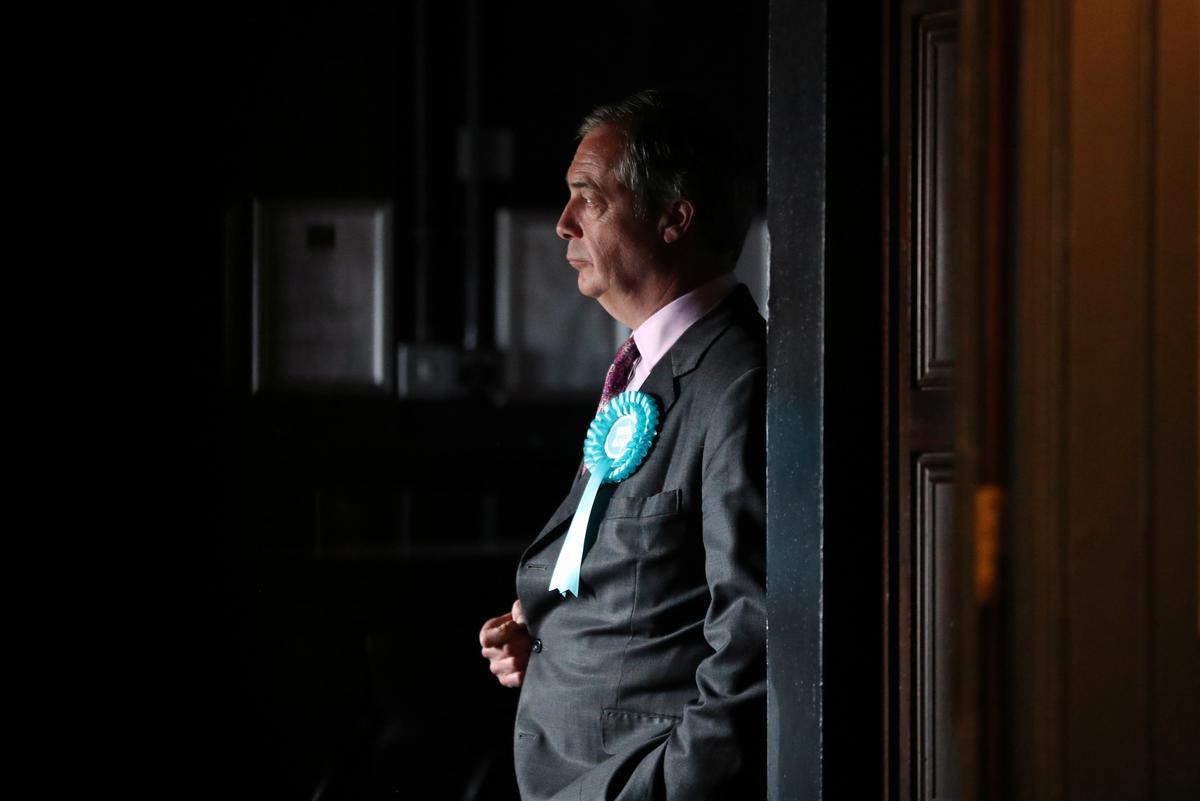 FILE PHOTO: Brexit Party leader Nigel Farage is seen before speaking during a campaign event in the Brexit Party in Essex, UK, May 1

LONDON (Reuters) – Nigel Farage's new Brexit Party has held a big leadership of both the ruling Conservative Party and the opposition party in a vote on voting intentions for the elections to the European Parliament.

According to the latest Opinium survey for the Observer magazine, Farage's newly formed party of 34% of the vote before May 23 is the UK's election because it failed to leave the European Union as expected at the end of March. The party's support was unchanged from a week ago.

The survey puts Labor in second place at 20%, down 1 percentage point. Prime Minister Theresa Mays Conservatives hold fourth place at 12%, up 1 point. The liberal democracies, who have explicitly demanded a second referendum on Brexit, are 15%, an increase of 3 points.

Conservative and Work, Britain's two largest political parties, held a diminution in local elections this month, with voters expressing their frustration over the Brexit stalemate.

Farage, whose former party UKIP is credited by many forcing Britain's 2016 referendum on EU membership, launched its new party in April and threatened to take on Britain's political leaders whom he accused of betraying the vote.

Having failed to get Parliament's approval three times for corn Brexit agreements, the government will now bring it before Parliament for another vote in early June.

Brexit talks between the government and Labor collapsed on Friday hours after May agreed to issue next month a schedule for her resignation.

The UK is now due to leave the block in October but with Parliament being divided over the terms, it is still unclear how or whether it will.