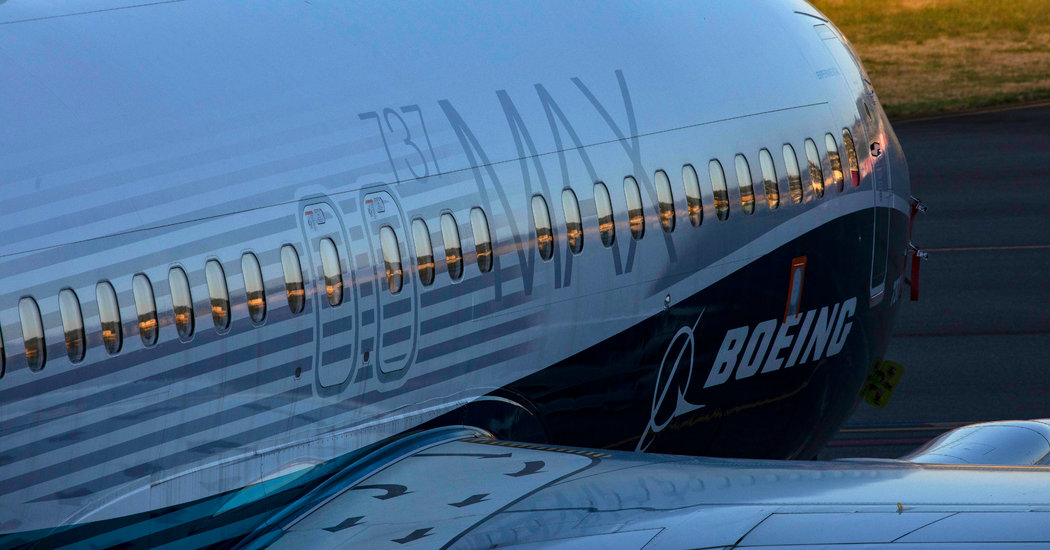 A Boeing pilot working on the 737 Max said in messages from 2016 that a new automated system was making the plane difficult to control in flight simulators, more than two years before it was grounded following two deadly crashes.

Mark Forkner complained that the system known as MCAS was causing him trouble. "It's running rampant in the sim," he said in a message to a colleague, referring to the simulator.

"Granted, I suck at flying, but even this was egregious," he went on to say, transcript of the exchange reviewed by The New York Times.

The 737 Max was grounded earlier this year after crashing twice in five months, killing 346 people. In both cases, MCAS malfunctioned based on erroneous data sending the planes into unrecoverable nose dives.

Forkner, the chief technical pilot for the plane, went on to say he had lied to the Federal Aviation Administration.

"I basically lied to the regulators (unknowingly)," Forkner says in the messages. Forkner did not respond to a request for comment, and a lawyer for Mr. Forkner did not immediately comment.

Reuters was first to report the news.

The messages are from November 2016. Eight months earlier, Mr. Forkner had asked the F.A.A. if it would be O.K. to remove mention of MCAS from the pilot's manual. The F.A.A., who at the time believed the system would only activate in rare cases and was particularly dangerous, Forkner's request

Boeing provided the transcript to lawmakers in Capitol Hill over the past day, in advance of hearings this month at which Boeing chief executive Dennis A. Muilenburg will testify about the crashes for the first time. Boeing had provided the transcript to the Department of Justice, which is conducting a criminal investigation, earlier this year, according to two people familiar with the communications who spoke on condition of anonymity because the exchange was not yet public.

The F.A.A. administrator, Stephen Dickson, late Mr. Muilenburg later demanded that the company account for why it did not provide messages to the agency earlier.

“I expect your explanation immediately regarding the contents of this document and Boeing's delay in disclosing the document to its safety regulator, "Mr. Dickson wrote.

Boeing did not immediately respond to a request for comment.