What is QAnon, this right-wing conspiracy theory gaining momentum? 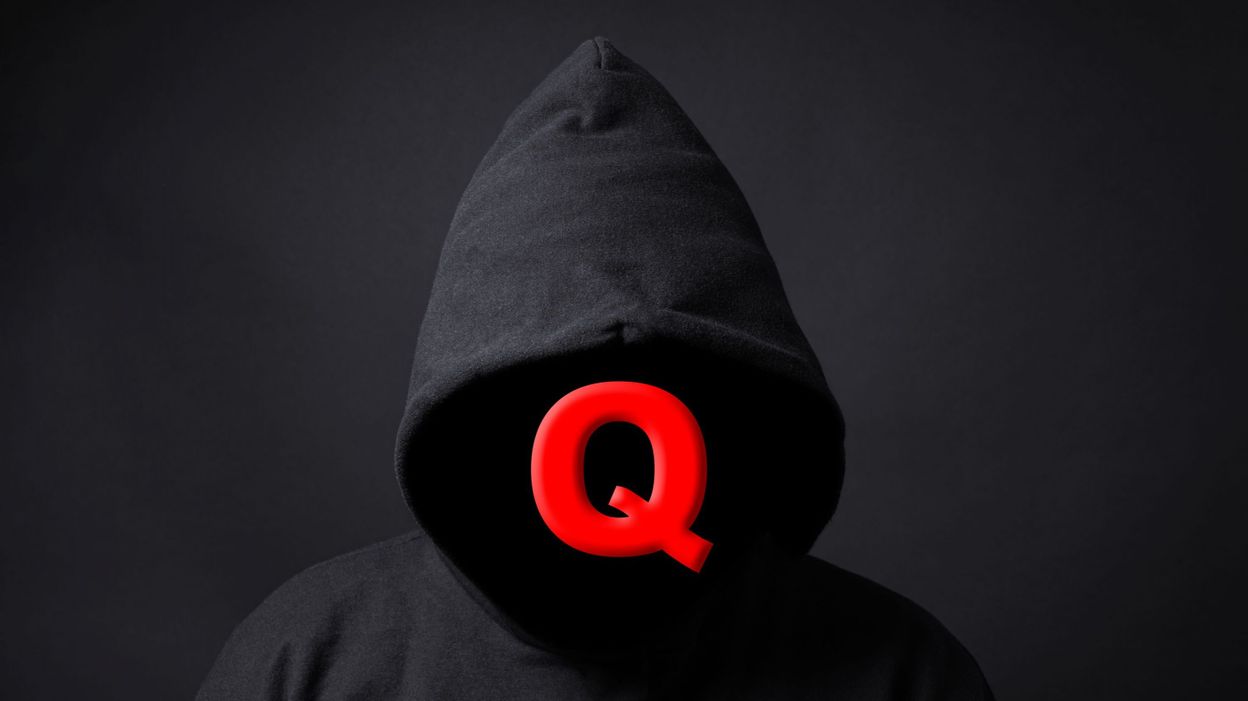 The followers of the QAnon theory are growing in number and its influence is growing. A candidate close to the conspiracy theories developed by QAnon could enter the US Senate in the next election in November. And beyond the United States, a Guardian investigation a few days ago revealed that groups that gathered supporters of the QAnon dissertation multiplied on Facebook and were present in at least 15 countries.

According to QAnon followers, the United States has been ruled for decades by what they call “deep state“”the deep state“, a secret organization that brings together older government officials, the Clintons, the Obama, the Rothschilds, the powerful investor George Soros, Hollywood stars and other members of the world elite,”

The theory that emerged in 2017 would have benefited from the health crisis linked to the coronavirus and the challenge of health measures, such as the obligation to wear a mask. During the containment, the exchange of information and interest in “Q” theories would have increased exponentially, according to the BBC.

This movement believes that these influential personalities are involved in international pedophile networks, that they want to create a new world order in which states have relinquished their sovereignty in favor of this elite, and that only Donald Trump could oppose them, if elected.

For those fans of conspiracy theories, there is a large global system, a kind of grand criminal network involving US presidents before Trump, especially the Clinton clan, the European Commission, the pope and even the Queen of England.

Another midpoint of the theory, which examines allegations of Russian interference during the 2016 presidential campaign that poisoned part of the Trump presidency, would be a smart strategy. LIn fact, the US president would have deliberately pretended to be in a cahoot with Moscow so that he could work in secret with Special Prosecutor Robert Mueller to defeat the large international criminal network.

While the theory is curious enough to elicit all sorts of interpretations from its supporters, QAnon also claims that President Donald Trump is secretly fighting to bring down a solitaire of Satan-worshiping pedophiles (Democrats) who have infiltrated all levels of it. US government and other institutions.

Gathered behind the parties “Wherever we go, we all go“or”We are Q.“, the movement is associated with white supremacism and extreme right extremism.

QAnon was branded a domestic terrorist threat by the FBI last year.

At the beginning of this baseless and conspiratorial theory, there are cryptic messages that first appeared in October 2017. These messages are written by a character, the mysterious “Q“.

►► ► To read also: USA: the mysterious shadow of “QAnon” and his conspiracy theories

He started posting messages on the 4Chan platform on October 29, 2017 about a potential internal enemy in the United States, which would be in cahoot with the traditional media. Little by little, this “Q” gathers anonymous followers. They call themselves QAnons and carry the letter proudly at President Trump’s rally.

This user, nicknamed “Q”, presents himself as a senior government official, close to Donald Trump’s team and with a “Q” security clearance, one of the highest in the United States.

Some proponents of the theory even imagine that this mysterious “Q” is incumbent President Donald Trump, personally.

In a report broadcast by the BBC, Travis View, who has observed the phenomenon since its inception, believes that the crazy theories believe that celebrities and political elites “grow“children in underground caves so they can”drink their blood to slow their aging“.

A QAnon supporter who believes in this “child culture” theory agreed to testify on camera. Anyone who discovered “Q’s theories” a year and a half ago says he can spend up to 16 hours a day in front of his screen investigating possible conspiracies.

In particular, he considers that “JFK was definitely murdered by the CIA“, September 11 is”an inner job“, or that Jeffrey Epstein, the pedophile financier who died in prison in August 2019, is a”alien reptiles“.

The emergence of new theories related to coronavirus

From theories that (the list is not exhaustive), Bill Gates created Covid-19 and the next vaccine (with a chip to track people), the pandemic is a biological warfare that only affects pedophiles or as bleach cures infections with the new virus. .

►►► Also read: Coronavirus: How to Avoid False News on Covid-19?

Relatives of people who follow these theories testify to the effects that QAnon could have in their daily lives and how it has torn their families apart due to too deep differences in opinions about “Democrats, politicians and celebrities who literally eat children“.

For example, the grandson explains that he had an argument with his 81-year-old grandmother for refusing to wear a mask or respect “social distance”. Another explains that he had problems with a loved one when he considered that the mother-in-law of his stepson who had contracted the coronavirus was “a predator”.

Ideas that flow from social networks to politics

But the story does not end there.

QAnon’s messages are mainly exchanged on social networks with an exponential volume since the start of the coronavirus pandemic and are starting to set up certain platforms. In late July, Twitter deleted more than 7,000 accounts linked to the “QAnon” movement and began restricting the circulation of content linked to this American conspiracy theory, propagated by fans of Donald Trump.

Meanwhile, users banned from the blue bird platform seem to have migrated to Facebook and got thousands of millions of users in the wake.

The Guardian has documented more than 170 groups, pages and QAnon accounts on Facebook and Instagram, with more than 4.5 million members in total. The survey also documented communities dedicated to QAnon followers in at least 15 countries on Facebook.

After social networks and a physical presence in some Donald Trump meetings, followers of the theory continue to follow. They are now entering the policy area. The Washington Post found that there were at least three candidates close to QAnon’s theses who had won the Republican premieres in their respective states.

A first Republican QAnon elected to the U.S. Senate in November?

And among them is Marjorie Taylor Greene. This Republican candidate won the second round of his party’s premiere in Georgia for the November parliamentary elections. The victory puts her in a strong position to secure a seat in Congress this fall, where Georgia is a Republican stronghold.

During the election campaign, Taylor Greene took responsibility for the pro-Trump QAnon movement, which has spread since 2017 on social networks.

“Q is a patriot“Taylor Greene said in an election video released this summer.”This is a lifetime opportunity to eliminate this global satanic pedophile solitaire and I think we have the right president for it“, she thinks given her choice, reports AFP.

Get the most important news every morning.

OK Do not show again ×

US presidential election: celebrities pay so former prisoners can vote