The Toulouse doctor was assigned for his study on testicular temperature 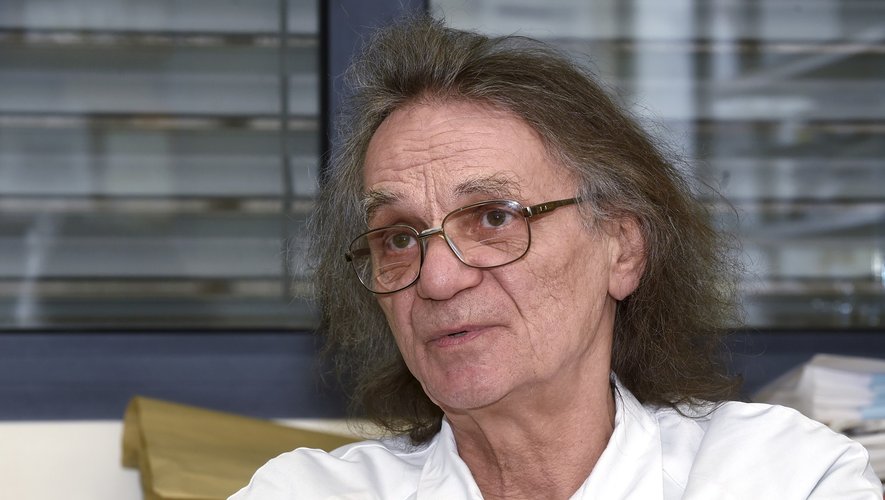 substantially
The 29th edition of "Ig Nobels", which is dedicated to the unlikely research, has just awarded Dr. Roger Mieusset for his work on testicle temperature among postal workers and bus drivers. Behind this zany award hides a scientific community's interest in the research of Doctor Toulouse.

Andrologist at the University Hospital of Toulouse in the Department of Reproductive Medicine, Senior Lecturer, Dr. Roger Mieusset is also the inventor of heated underpants that allow thermal male contraception. His work, done with Bourra's Bengoufida, a researcher in mathematics at Toulouse III-Paul-Sabatier University, and published in 2007 in the journal Human Reproduction, has just been inaugurated by an "Ig Nobel", a completely crazy prize that does not shed light on research so crazy. Explanations …

You just got an "Ig Nobel", price completely crazy. What is your reaction?

I am very happy, I symbolically won 1

0 trillion Zimbabwean dollars! This price is completely crazy in the staging, but it is no less serious. It is awarded on the suggestion of other researchers who want to highlight publications that seem funny but which over time are cited, repeated and lead to further research.

This is not a price for the second zone?

Not at all, it is highly sought after in the scientific community! After the award I was interviewed by many media, the British Medical Journal highlighting the value of my work. I also received many fun and thoughtful messages from conferences. I confess, I laughed!

"The sitting position, legs crossed, raises the temperature of the scrotum"

What was the goal of your work?

It was a matter of whether scrotal temperature (skin envelope of the testicles) was dependent on the positions. We studied it in naked volunteers, then dressed and in different positions (standing, lying, legs apart, crossed legs) and compared with post volunteers who worked eight hours standing at the sorting center and Toulouse bus drivers who, they spent eight hours sitting. We noted that when the volunteer was naked, his left scrotum had a lower temperature than his right scrotum and that, dressed, regardless of posture, it is the left scrotum that has a higher temperature. The sitting crucifix also increases the temperature of the scrotum. The interest was to demonstrate that the temperature of the scrotum was involved in the temperature of the test. Instead of male infertility linked to a reduced number of spermatozoa and an abnormally high temperature of a testicle (over 35 °), one can act through lifestyle and clothing measures rather than going through an in vitro fertilization

And this issue of temperature is also the essence of your work with male contraception by wearing a heated pantyhose?

Yes, infertility and contraceptives are related. If we know how to counter a man, we must be able to repair a testicle that works in slow motion. I have been working with my panties since 1982. By lifting the testicles against the body it causes a temperature increase of the stock exchanges by two degrees. Worn fifteen hours a day is effective after three months: the rise in temperature causes sperm production to fall below 1 million per milliliter. The patent is carried by the University Hospital of Toulouse and Paul Sabatier University. One industry has just acquired the license to operate, we are entering a new stage with a development on the way for 2020.

The interest in heating the panties is not anecdotal?

Initially, the issue of male contraception did not interest more than one or two couples per year. Today we receive almost 120 pairs per year for information. Half are worried about changing contraceptives in couples and 80% choose heated panties. I am a couple who have used this device for seven years.

The Estrie champion for the declared cases of Lyme disease