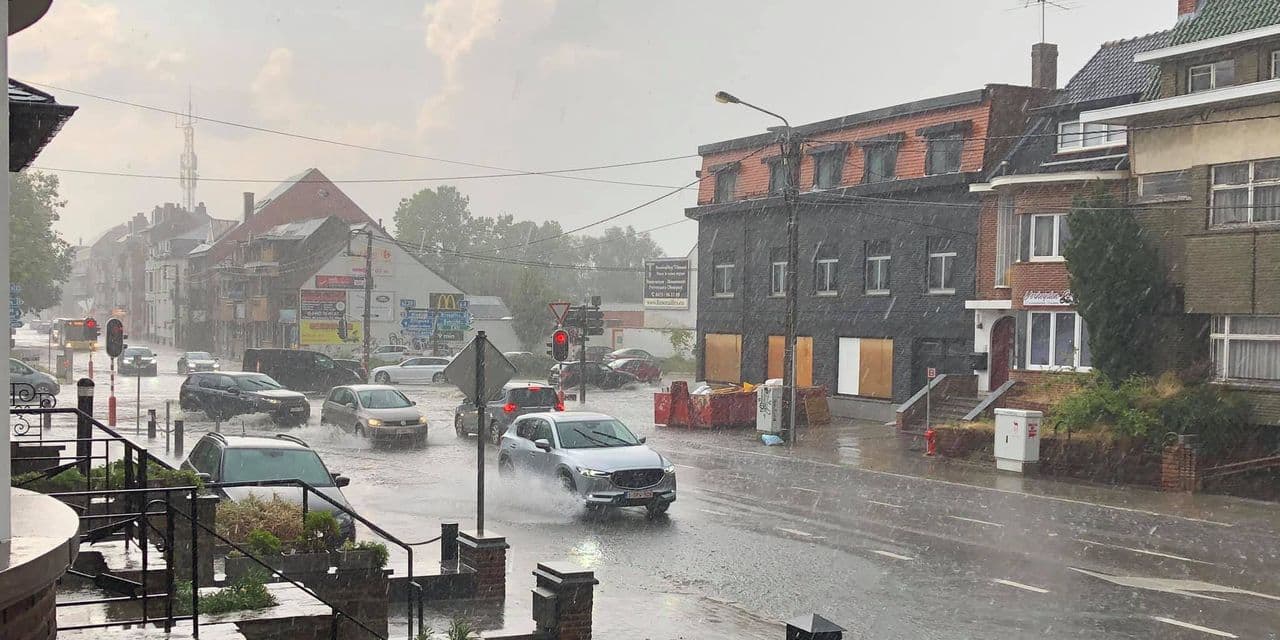 Heavy rain, accompanied by hail, fell on Thursday afternoon in Walloon Brabant, causing flooding on several roads and cities in the region. About fifty interventions are underway in the Wavre region, indicating the relief area in Walloon Brabant.

“We’re in a pool and Dyle’s not far, reminiscent of Denis Van Malderen, an employee of a company on the Chaussée de Louvain in Wavre. Every time it rains too much, Dyle reaches a certain level then it floats over “” At 16.45 it started to get very dark, I even told my colleague that it would get dark, then hailstones started. began to fall. In less than 20 minutes it was a river “”

; We are used to this kind of problem, we even put raised shelves in our reserve.“

“In the afternoon and in the evening, the development of intense showers and thunderstorms is confirmed, which may be accompanied by hail and strong bullets. The exact location is still difficult to predict, but this risk is widespread,” MRI announced earlier today.

During these thunderstorms heavy rainfall is expected, which can lead to accumulations of 10 to 30 l / m2 in one hour. However, a few mobile storm cells can lead to even more marked precipitation, mainly in the west and north of the country (the amount in the order of 40 l / m2 or more). This is a border situation between the yellow and orange thresholds, which explains the variation in colors between the provinces (which can still change).