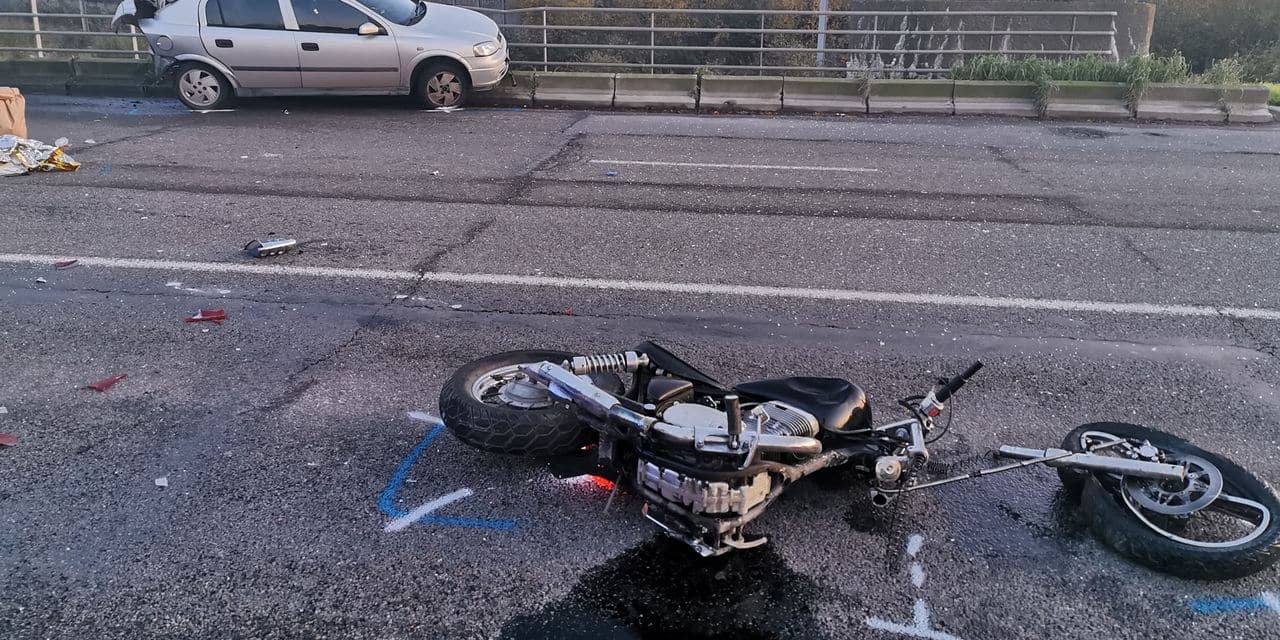 A motorcycle hit a car that had just lost control, unfortunately the cyclist died in shock.

This Sunday, November 10, at approximately 3:30 pm, a fatal accident again occurred in rue du Port in Charleroi. This street is the most dangerous in the region with 97 injured in 5 years.

The accident happened around 3:30 pm when a driver lost control of his vehicle after the turn and then spun. A cyclist who came in the other direction hit the back of the car. The shock was important, the bike broke in two. Unfortunately, the cyclist died immediately.

The ambulance and SMUR intervened on site. The driver is not injured on the side of the car.

The Charleroi prosecution and police still have to determine the exact causes of the accident.