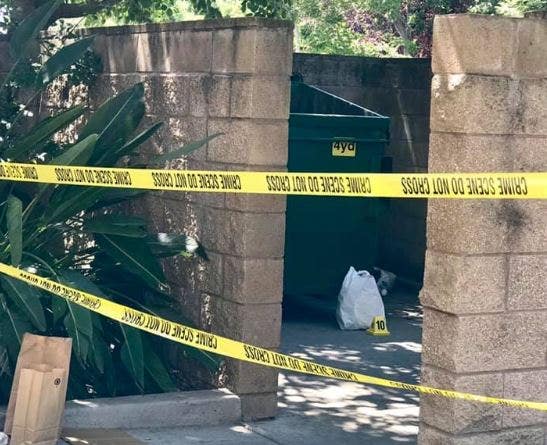 A newborn baby was rescued from within a burning dumpster in northern California Tuesday, where temperatures exceeded 100 degrees, according to reports.

The authorities said the boy was found in a plastic bag shortly before noon in Stockton, located about 50 miles south of Sacramento.

A newborn baby was found in a dumpster in stock, Calif. On Tuesday. The temperatures in the area were estimated to exceed 100 degrees.
(Stockton Police Department)

A dwelling apartment heard crying and announced the boss who jumped in the dump to save the boy and call the police, Sacramento Bee reported. The boy was taken to a hospital and is in stable condition, police said.

MISSOURI BABY DIES After being left in a warm car parked in the family road for 15 hours: REPORTS

The authorities found the child's 15-year-old mother nearby and she was taken to hospital. She faces a felony citation for child abuse and neglect, police said.

It is unclear how long the child was in the dumpster. An investigation is in progress. The police also note that California's law allows newborns to remain anonymous in hospitals or fire stations.