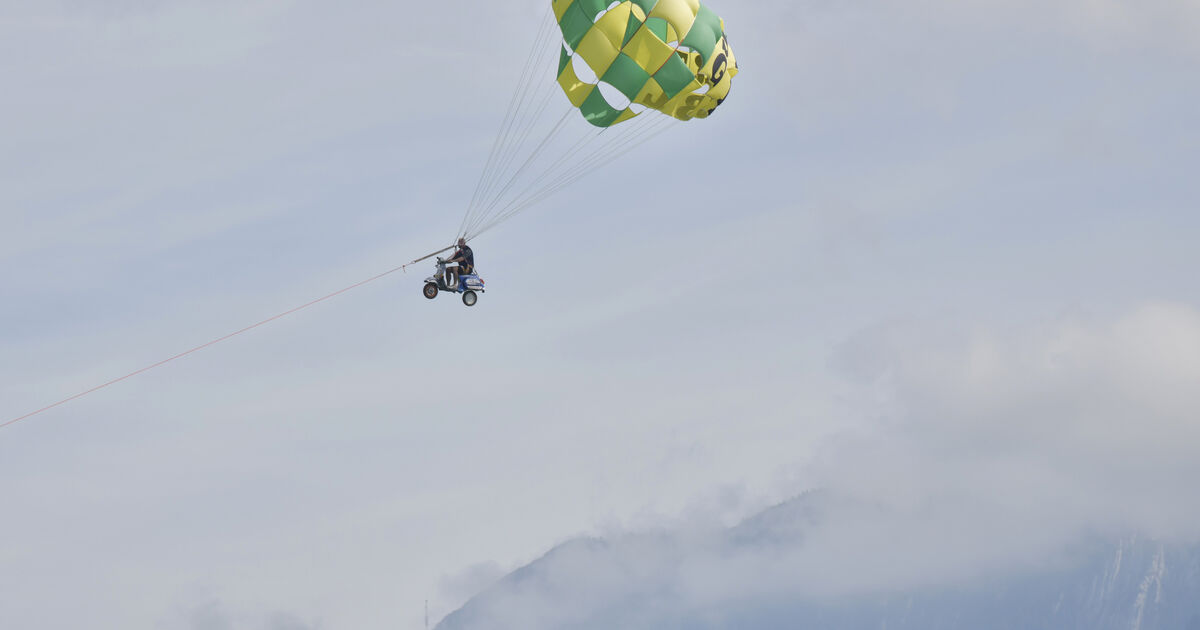 -year-old from Steyr fell on Saturday in Strobl (Flachgau) with a Vespa on a dragon from a height of 75 meters into Wolfgangsee. The man wanted to set a world record and reach the highest altitude with a dragon of this kind, as he himself said. Suddenly the wind turned and he hit the water. The Upper Austrian survived the adventure undamaged.

Already the start was not smooth, since planned tugs were not available, since Steyrer reported the APA. That's why he started on the water surface at the beginning and pulled a lace on his foot. Vespa has only scrap value after the crash.