Voice of Germany: Sido can't believe who is on stage – Panorama 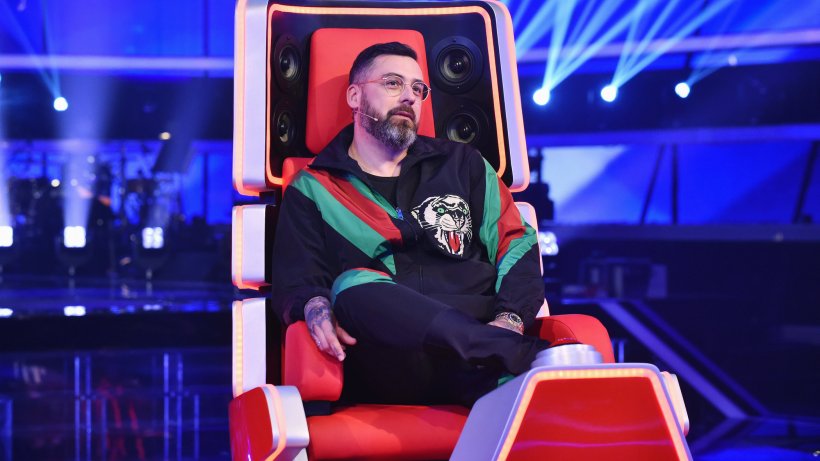 "The Voice of Germany": Sido drives Buzzer – he can't believe who is on stage

None of the coaches had expected it. And really not Sido!

The facial expression of the rapper Sido is really not worth balancing with gold. As confused as in this " The Voice of Germany " contestant, the former worm rapper has probably never been seen.

Eyebrows contract, head tilted slightly to one side, glasses glowing from sliding down nose. In short, the newcomer to the jury " The Voice of Germany " could hardly believe his eyes when he saw who was screaming at him from the scene.

"The Voice of Germany": rapper Sido looks at the stage and DAS

What happened? Stefanie Stuber had chosen the song "Ghost Walking" for the auditions. Who doesn't know, the song for the metal band "Lamb of God" is rather something for the friend of well-preserved metal music. Grandma asked: What is it screaming?

In any case, Sido seemed so annoyed because he couldn't initially identify that the song could really come from a woman's organ. As powerful and loud, almost masculine as he seemed. Sido: "I thought, I turn around and now I see men with masks maybe. And then I turn and then you stand there."

And also the other three jurors Mark Forster, Rea Garvey and Alice Merton were more than surprised when they saw the 23-year-old eel girl.

This is The Voice of Germany:

—– ——— [19659037] Surprised but also impressed. Finally, Stefanie already presented a sharp contrast to the classic "The Voice of Germany" singer there.

And yet, the lawyers almost turned around the 23-year-old from Schwabenländle. In the end, Mark Forster won the heart and voice of Stefanie Stuber. You can already look forward to the battles.

Or as Sido puts it: "Only in battle if you attack your opponent … Whatever it is, it floats away!"

You can see the entire show here: