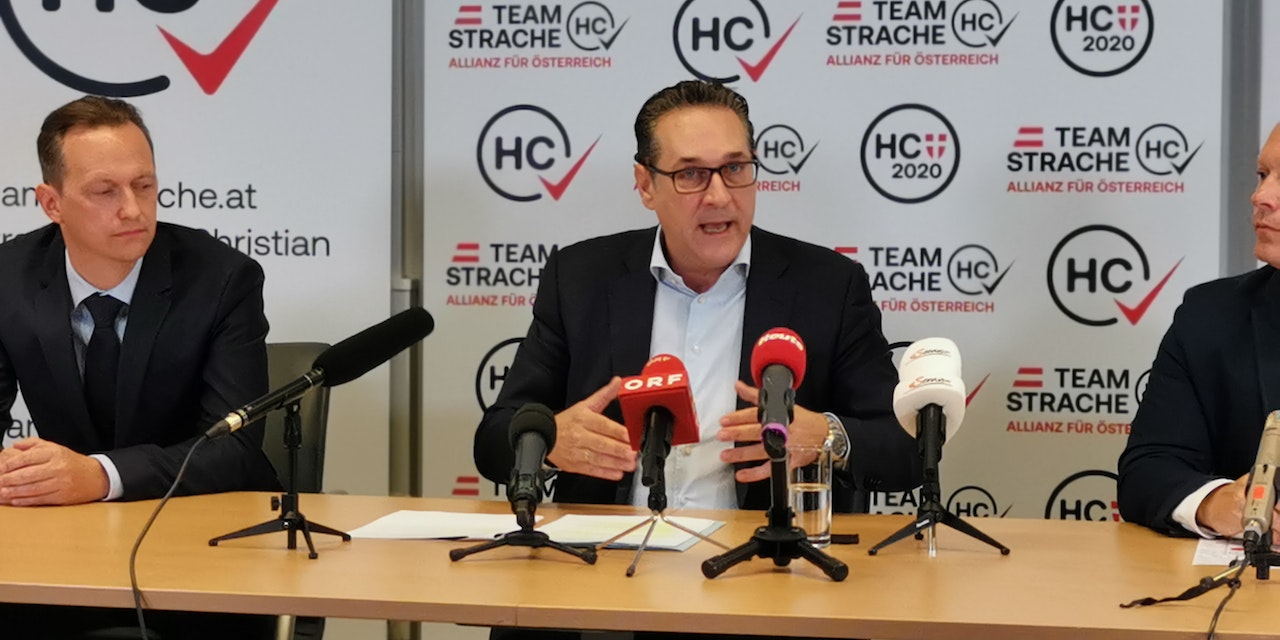 “Team manager” Heinz-Christian Strache now sells fan articles on the Internet. Declarations of support are still needed for the elections in Vienna.

Former principal Heinz-Christian Strache presented new logo variants of his “Team HC Strache” on Thursday and announced a fan store on the Internet. It will offer designs and logos for Strache sympathizers. Supporters for the former FPÖ manager can choose the desired design and attach it to over 100 items that can be ordered. In addition to classic t-shirts and hoods, the store also has dog scarves, aprons, baby clothes and a lunch box.

The former freedom activist and his fellow campaigners still have to gather statements of support to compete in the Vienna elections in the autumn. At the state level you need 1

00 per constituency, at the district level 50 per district. If the team wants to run for the state parliament (18 constituencies) and for all district representatives (23 constituencies), a total of 2,950 signatures are required. It is time until 14 August at

Thematic focus for “Team HC Strache” for the autumn can be read as the FPÖ’s biggest hits. Parallels and counter-societies in Vienna must be counteracted, Vienna must not become Istanbul, Ankara or Grozny, said Strache, who described the recent riots in Favoriten as “the tip of the iceberg”.

Federal and city policy had failed in integration issues, and now they demanded a halt to immigration until problems in the labor market and housing construction had been resolved. An improvement in the parking situation was also written on the flags, with Strache’s nonsensical projects as the pool on the belt.