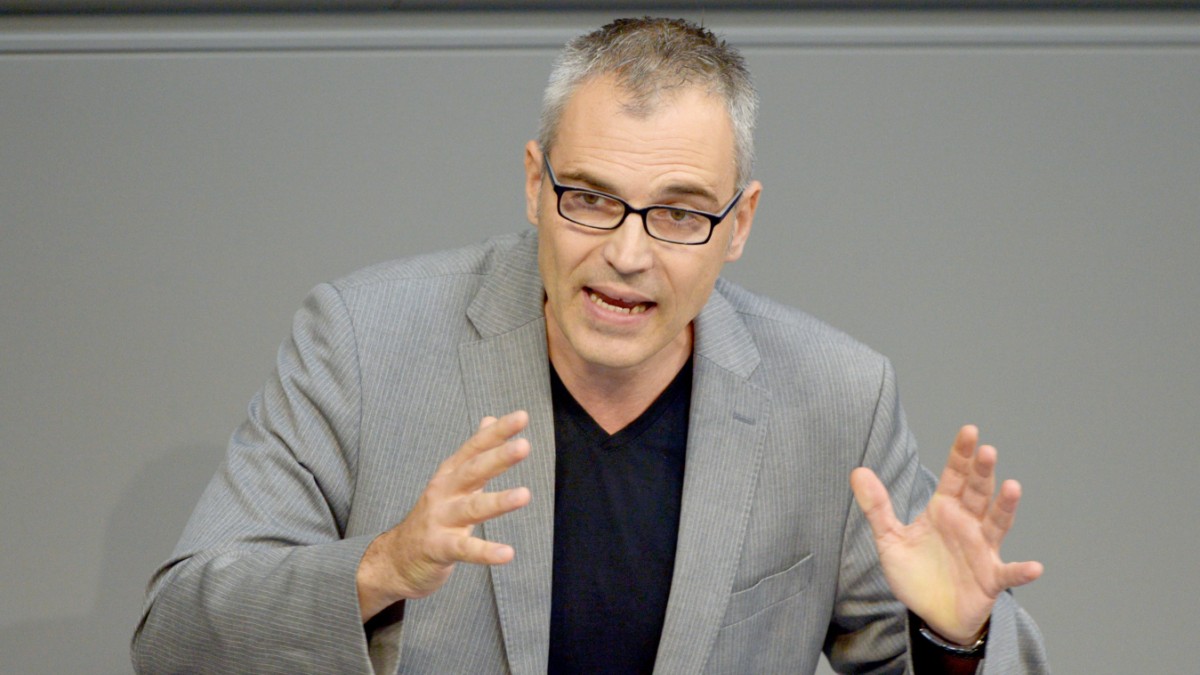 As a member of the Bundestag, Greenfinance politician Gerhard Schick sometimes looks a bit of envy to colleagues who are responsible for other subjects such as energy or nutrition. The reason: In their political work, they could finally rely on many experts, and not just business. "In terms of funding, there is a big gap, because in Germany there is no necessary counterweight to the business community," says Schick. He wants to change it and decided to take an unusual step. The 46-year-old has initiated the founding of the civil movement Finanzwende e.V and becomes his only director. The charitable organization starts on September 1

5, exactly ten years after the financial crisis began with bankruptcy by the American investment bank Lehman Brothers. Ödens political biography is closely linked to Lehman's bankruptcy: at that time he was elected as spokesman for his group.

By the end of the year, Schick will resign from his parliamentary mandate – a blow to his group. Schick was often invited as a speaker, often quoted as an expert in the media, always under the green flag. In the future, he wants to speak for his citizenship, and there will be enough opportunities: The financial system is "neither sustainable nor stable and the next financial crisis programmed". Unfortunately, the social support needed for political change is lacking, as bank failures have disappeared from the main sides and are just a topic in trade media.

Banks were still saved with taxpayers' money, complex products, debt crises, fraud and tax jobs in the financial markets. agenda. The coalition agreement of CDU / CSU and SPD found "nothing to regulate the financial markets," criticized Schick. Even existing rules are threatened. The head of ECB Banking, Danièle Nouy, ​​has only warned of a growing liberalization trend for banks.

The citizens' movement wants to appeal to all citizens, "who from the beginning of the financial crisis believe that the balance of power in our society is not right as long as the financial sector has such a big influence "as well as victims, such as victims of fraud scandals. Examples are organizations such as Foodwatch, Lobbycontrol or Deutsche Umwelthilfe. According to the concept of organization, they want to work for "basic systemic changes in the financial system". It's a mistake to think that the financial crisis is over, that it's just looking for their next victim.

Among other things, the agenda contains a comprehensive tax on financial transactions in all financial market transactions, including high risk derivative trading and financial advisory services to customers. Independent consultancy companies, such as lawyers and auditors, are committed exclusively to the welfare of their customers, the introduction of a lobby register and deposits of debt through a much higher capital requirement of ten percent for banks in lending. "The name is a program," said Tadzio Müller, climate expert at Rosa Luxemburg Foundation, which is closely linked to the left. The financial trip of the civil action should enable the creation of a social movement for a transformation of the financial system. Only then would there be a real chance for a broad debate in society, which in turn would be a prerequisite for change.

Schick thinks that a campaign organization for the financial sector in Germany is necessary. He originally wanted to copy the concept of EU parliamentarians who founded the NGO Finance Watch in Brussels after the financial crisis without even participating in the organization. Over time, however, Schick became convinced that he needed to participate in the project to realize such a project in Germany while at the same time being able to find enough competent followers. "At the end of our efficiency depends on the skills," says Schick, then one can only offer the financial industry with its large number of lobbyists paroli and at the same time win large sections of the population for an economic turnaround.

The list of followers is prominent occupied [19659016] There are now some competent people, both in the board and among the members. These include researchers such as Martin Hellwig (former director of the Max Planck Institute for Commons), Peter Bofinger (member of the expert council) and Rainer Lenz (CFO), civil society representatives such as Christoph Bautz (President of Campact) or Antje Schneewei Südwind Institute and Peter Eigen (founder of Transparency International) and consumer advocates such as Axel Kleinlein (Insurance Federation). The chairman of the board is Udo Philipp, a former asset manager. Nobert Blüm (CDU), Gesine Schwan (SPD), Gerhard Baum (FDP) and Axel Troost (left) are among the participants in the non-partisan coalition – like DGB.

Support is also provided by church representatives such as Heinrich Bedford-Strohm, President of the Evangelical Church in Germany: "Value-Added Outcomes – which characterize the financial markets too often today, drives our society instead of supporting sustainable development." The creation of a "counterweight to the financial industry" "hopefully contributes to the consideration of social interests in financial market policy," says Isabel Schnabel, member of the Expert Council on the assessment of macroeconomic development, but not a member of the civilian business's financial turnover

The financing of The Nonprofit Association – which is part of the International Financial Services Network – is guaranteed for three years and is funded mainly by the Schaffflin Foundation, the Foundation for Financial Turnaround, Hans Böckler Foundation and the European Climate Foundation. "If the idea flies, it's due at the end of the day to the willingness of citizens to commit themselves to an economic turnaround," says Schick.