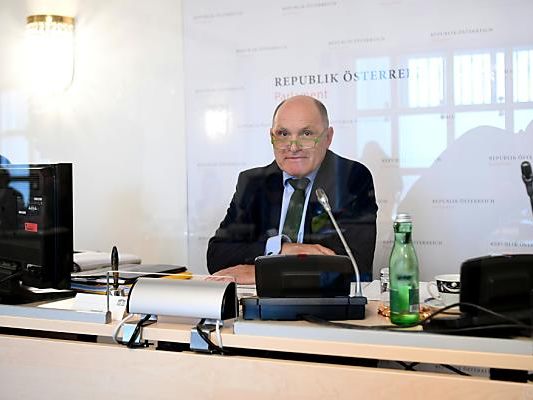 The offer from the alleged Ibiza threads Julian H., who wants to send the original version of the video through his lawyer, has met various echoes of parliamentary groups. While NEOS and FPÖ are clear to accept the video, SPÖ was somewhat more reserved on Friday. On the other hand, the factions of the ruling parties expressed ÖVP and the green rejections.

In a letter to the committee chair Wolfgang Sobotka (ÖVP), H’s lawyer Johannes Eisenberg offered to send the video directly to the committee. Sobotka then ordered a legal opinion from Parliament’s legal and legislative service to check the handling of this offer. A meeting with the committee’s factional leader, originally scheduled for this Friday to decide the issue, was postponed to Monday due to a Sobotka appointment. At the request of Parliament, the Parliamentary Directorate now said the report should be available on Monday.

Representatives of ÖVP and the Greens expressed their reservations about accepting the offer on Friday. Both the origin of the information and the authenticity are “completely unclear,” says an OVP spokesman for APA. “We cannot say if the video offered is unauthorized and undamaged, and the U-committee could not ensure that personal rights were respected in this version.”

Green MP Nina Tomaselli made a similar statement. She sees in the Rules of Procedure no basis for approval of documents outside official offices, therefore no majority decision could be made in the U Committee on Eisenberg’s offer. The decision is therefore on Sobotka’s shoulders, she told APA. In principle, it is important that the deliveries of files (or the acquisition of evidence such as the video) are performed by official bodies: “Because the supplying authorities are the ones who have to classify.” It is about “determining what rights can be affected or infringed by third parties. I think there should be no bypass alternatives.”

The FPÖ, on the other hand, made a clear statement on Friday for the procurement of the material: “The Investigation Committee should be interested in getting everything that can be obtained to clarify political responsibility,” said a spokesman for the APA parliamentary group. Finally, the FPÖ sees the decision in the committee chairman Sobotka. Here it is also important to wait for the opinion of the legislative service.

In principle, FPÖ is pushing to accept the offer. As this would allow the video to be compared with the one that SoKo Tape already secured at the end of April. The U-committee has not received this yet, but the handover is expected in the coming weeks. the decision is the responsibility of the Prosecutor’s Office. With the approval of the offer, FPÖ would have the opportunity to decide “whether SoKo is evaluating or manipulating, which is really possible due to the recent hearings”. The President also criticized on Friday that, according to Eisenberg, neither SoKo Tape nor the prosecutors for finance and corruption have ever tried to get the video through the lawyer.

NEOS member Stephanie Krisper also referred in the APA interview to the opportunity to compare the video versions with acceptance of the offer. “Of course we want the video,” she said. She also criticized the fact that SoKo had never asked H. about the video.

SPÖ said there was something more reserved. Party chairman Pamela Rendi-Wagner did not want to decide on the sidelines for a press appointment whether or not Parliament would accept Eisenberg’s offer. National Council President Sobotka has promised to make the video available as soon as possible, she said. The chairman was responsible for the evidence: “We want this as soon as possible, no matter where the video comes from.” The SPÖ faction said that the decision rests with the committee chair.

Further excitement about the tourism project in Fertörakos

Appendix plans for the West Bank are not on the table

Why the danger of war is increasing in the eastern Mediterranean